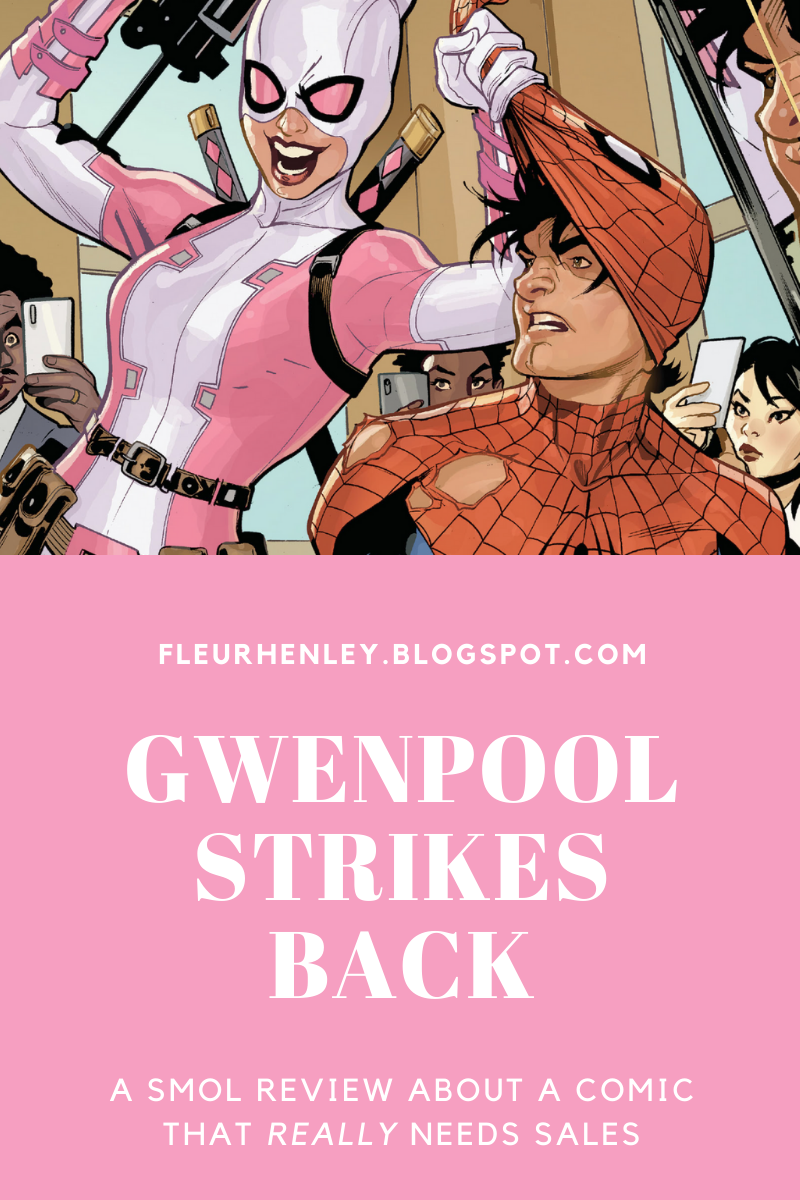 There are three different types of clickbait. The first is Asshole clickbait. This is where whatever was advertised never actually happens. The second is Normie clickbait where it does happen, albeit in a greatly underwhelming and often disappointing way. The third is David Dobrik clickbait where it actually happens and might even be better. This books falls under the second.☼ Clickbait is popular between creators because it gets them clicks, not because the consumers like it. Maybe the author didn't get the memo? Although I suppose Gwenpool does keep going on about sales, so maybe sacrificing quality for profit was the intent.☼ I feel bad giving this book anything other than 5 stars. Why? Because the entire narrative seemed to be about how Gwenpool was going to die if she didn't get enough sales. It felt like I was reading a blog post by a desperate fan begging other people to buy the books; this was only emphasised by Gwenpool's ability to break the fourth wall. I came to read a story not a multipage advertisement bro.☼ So all the cover situations do happen but . . . it's all quite underwhelming. It should have been a chaotic tumble of well known characters and clever commentary; a battle royale between a shit ton of popular characters? Sign me up! The other characters might as well have been cardboard cut outs (and in some cases, were). If you want an example of a character who goes around, visits more well known characters and integrates themselves into the stories well, I would recommend reading most of Booster Gold's comics.☞ | DO I RECOMMEND THIS?Sorry dude, stan Booster Gold or Deadpool instead.
Email Post
Labels: book review comic review literature