Wait, Is VOX is The Next Handmaid's Tale? 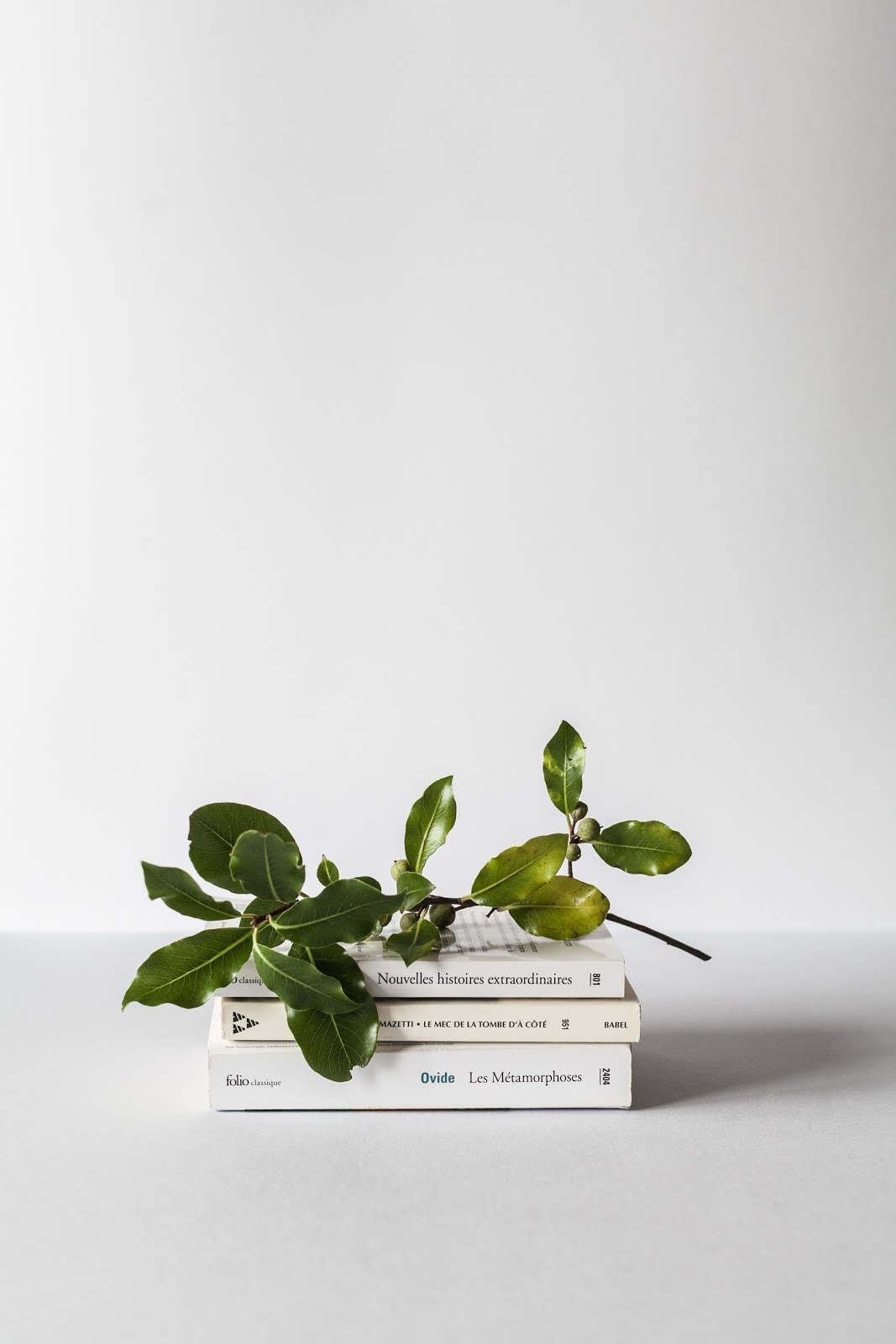 The Handmaid's Tale inspired anger. It broadened minds, electrified movements and started a conversation that would continue for decades to come. The mere idea that anything described in the book would come to fruition was as horrifying as it was possible. This book has been on our radar for an age and with the impact that Atwood's novel had on our society, it's no surprise that people are seeking out more books like The Handmaid's Tale. Many will find Christine Dalcher's Vox recommended to them in their search for similarity. Unfortunately, many will be let down as this book is more suited to be the script to an action movie as opposed to a commentary on our current society. Unlike The Handmaid's Tale, Vox is merely a think piece - not the masterpiece that is has been advertised to us as.

Through blunder and oversight alone, this novel manages to be two different books at once. One chunk of the novel demands that the book rushes through substance to get to the action. It wants to scream "LOOK AT HOW BADASS MY CHARACTER IS" and that "SHE'S THE REVOLUTION, SHE'S THE KATNISS OF THIS WORLD".  It wants to take it's readers on a rollercoaster ride where the wind is so incredibly fast that it forces them to close their eyes and just let go. This half wants the experience to matter. The other wedge of words, the notion behind the blurb and the advertising, wants to stuff the book with substance. It wants shocking silence and long days of deep thought. It wants worried whispers wriggling into our brains at night; keeping us awake and watchful. It wants to be important. This makes it extremely unfortunate when we consider how much these two sides appear to hate each other.

The goal of novels such as these is to experience the dystopia through the eyes of someone living in it. Where Atwood has Offred, Dalcher has Doctor Jean McClellan.

At first, it seems that Jean is attempting to mimic the normalcy found in Atwood's protagonist, yet this is soon proven false when she is revealed to be a 'special snowflake' – one of the only people in America with the skills that the government needs. As soon as this is revealed the character becomes a caricature in the form of a Mary Sue and from this point onwards, Dalcher seems to be at a loss when it comes to creating genuine characters.

Dalcher struggles to write two different personalities within a singular character. Jean is portrayed as a strong, independent scientist who is shocked when she has any thoughts of her own. She rejects the idea of rebellion seconds after crowing about how rebellious and edgy she is. To say that this is a little bit of an oxymoron would be an understatement. One side of Jean is horrified that she has 'spy-like thoughts' ( pg. 184 ) when it comes to monitoring the government, while the other side brags about committing multiple 'act(s) of defiance' ( pg. 87 ). Is the character striving to be a revolutionary or does she tremble at the mere idea of defiance? Having her puff out her chest while she refused a request from the government themselves ( pg. 115 ) nullifies the fear from the idea that she might stand against them.

Moreover, it makes the character seem incredibly self centered. All of the rebellions that she carries out serve to make her life better while her reluctant defiance include those that would make everyone's life better – yet there is no visible difference between them. When confronted by the dictators with issues regarding her personal life versus the situation of women everywhere, she only takes issue with the things that are said about her. As a result, the character appears extremely self centered. Ultimately, Dalcher has crafted a very feeble main character who has almost no effect on the storyline. She's an unlikeable character with no drive or motivation that promotes her necessity. All Jean happens to be is in the right place at the right time and you can't help feeling that it's a complete waste of a character.

☞ | A TASTELESS TAKE ON RELIGION

Christine Dalcher has a huge problem with Christianity and it shows. The entirety of Vox is riddled with biased ideas against Christians and their teachings, which make absolutely no effort to hide themselves in the guise of clever commentary. Instead, the bias is both obvious and mindless.

Dalcher claims that Christianity and the "philosophy" ( pg. 23 ) of this religion are what bring the downfall of the American people and yet dedicates almost no time to explaining why that is. The suspension of belief depends on the reader having a preconceived negative idea of the faith. Apart from that, the reasoning behind it gets brushed over quite quickly. Dalcher expects the readers to be immersed in this hatred just because the antagonist is a proclaimed reverend and dispenses discriminatory books that he believes are Christian in nature. There is no feasible explanation behind the dystopia given. Stating that America was plunged into the dark ages just because people were 'allowed' to follow Christianity is an ugly look indeed and using the explanation that 'it's all Christianity's fault because the antagonist identifies as Christian' is lazy writing at it's finest.

☞ | WHY ARE THE SAVIOURS MEN?

First and foremost, this is supposed to be a feminist narrative. So tell me: why are all of the saviours men? It's a man who finally "isolated the protein” ( pg. 119 ) to make the formula work, a man who eventually brings down the government and a man who engineers technology that tricks the government officials. Our character shoots someone. Not only does she shoot someone, but that shot is the reason her husband (the man who silences the entire government) gets gunned down.  Sorry, what?

This character is literally the human equivilant of all bark and no bite. She constantly complains about how her husband is “not a believer and he’s not a woman-hating asshole; he’s just weak” ( pg. 80 ) all the while doing nothing herself. She doesn't make a stand. She doesn't think about other women. It all seems like a great inconvinience to her but is apparently justified for other women because they're "the Susie Homemakers" ( pg. 31 ), "a Kool-Aid head" ( pg. 44) or "a tart" ( pg. 129 ).

The first time that we meet her esteemed and intelligent working partner the protagonist notes that her colleague’s "breasts and ass make ( her ) look like a Peter Paul Rubens model" ( pg. 120 ). If you didn't catch that, the protagonist starts making assessments about her friend's physical appearance before calling her smart. She compliments herself while putting the other woman down. It can be assumed that this is to make her feel superior, as the other woman is intelligent in ways that she is not. This is not uncommen in real life – people putting down more knowledgable or prettier people in order to feel better about themselves. It's just out of place in a novel centered around feminism. The character does not see the problem with demeaning other women and yet is shocked when others do it to her.

☞ | UM, IS CHEATING SUPPOSED TO BE GOOD?

As stated previously, this dystopian novel makes the men the heroes. In this specific case, the only way that the protagonist can escape America is through a man with whom she cheated with a few months back. Basically, the novel is telling us that cheating is good. It seems to imply that everyone should 'cheat on your significant other, because someone else might be more useful' or that 'cheating is totally fine because we're free women who can do what we want'. First of all, no. Second of all, no. Now understand that I am all for sexual freedom. Sleep with who you want. But I'm really not here for emotional abuse. I'm not here for taking advantage of someone who loves you. I'm not here for betraying your partners trust and going behind their back. That, to me, is a terrible narrative – especially since there are very few mentions of divorce. The protagonist mentions that she's unsure if she ever loved her husband, yet doesn't discuss anything with him. Doesn't try to fix it. Doesn't bring up divorce. She just shacks up with someone else and he ends up being her saviour. We're supposed to go 'thank goodness she cheated when she did'. Ugh, what a mess.

Vox doesn’t just take inspiration from the Handmaid’s Tale it's almost like it wants to be the Handmaid's Tale. I read this straight after Atwood’s book and it felt like I was reading a carbon copy. Both main characters have: a lesbian best friend who shakes their fist at the system, a lesbian best friend who gets caught, a lover to aspire and dream about, a young daughter who she worries about, a sympathetic yet extremely passive male companion, a quiet place in the rebellion and a surprise ally in the form of a higher rank.

Okay, so I wrote this a year ago and didn't publish it for some reason? There was probably something horrendously wrong with it that I haven't caught on my read through.
Email Post
Labels: book review books