I Really Didn't Want to Read The Handmaid's Tale... 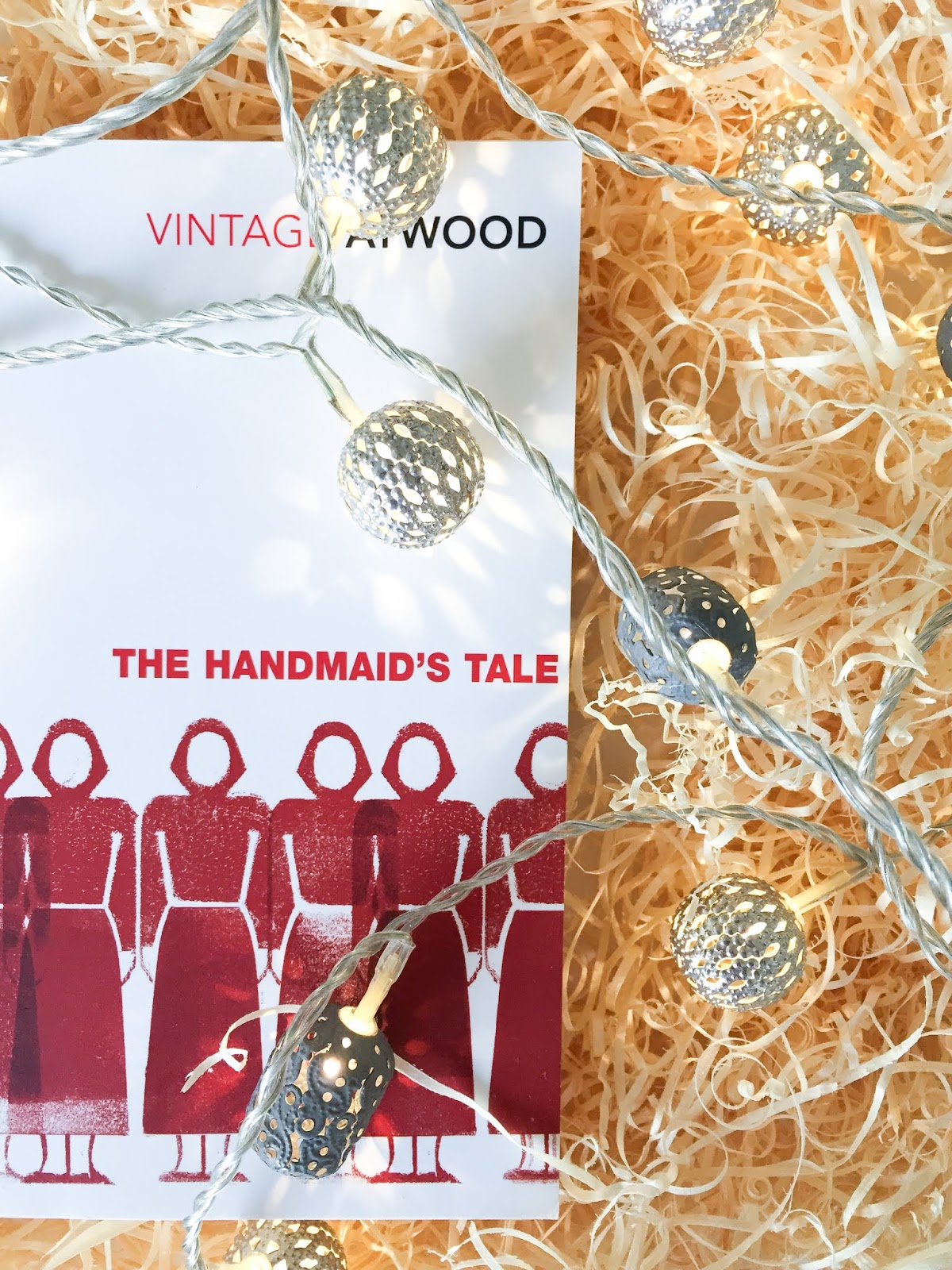 I'm insufferable. No, seriously. Growing up and out of the phase by where you refuse to deal with 'anything mainstream' has not yet been a reality to me. I rarely read any books that have been recommended to me. Dipping into tv shows like Friends seems inconcievable to me despite frequently seeing memes about it on my Instagram feed.

I don't know why I'm like this. Perhaps it's the worry that I might be let down or maybe it's the greater fear that I might love it but be extremely ignorant about it in comparison to those who've been consuming it for years. I don't know. I do know, however, that it is this confusing notion that kept me from The Handmaiden's Tale for so long. A younger me saw it stuffed on all of the bookshelves, being made into a TV show and was like 'no thanks'. Now here I am, telling you why you shouldn't do the same thing.

Offred is a Handmaid in the Republic of Gilead. She may leave the home of the Commander and his wife once a day to walk to food markets whose signs are now pictures instead of words because women are no longer allowed to read. She must lie on her back once a month and pray that the Commander makes her pregnant, because in an age of declining births, Offred and the other Handmaids are valued only if their ovaries are viable. Offred can remember the years before, when she lived and made love with her husband, Luke; when she played with and protected her daughter; when she had a job, money of her own, and access to knowledge. But all of that is gone now...

☞ | DOES OFFRED EVEN HAVE A PERSONALITY?

While rooting through the reviews, I've found that people complained about this a lot. Apparently Offred is a uncooked piece of pasta with no character to speak of. While it's definitely true that her personality is a little bland, the truth of the matter is this: her personality is being suppressed  She is being doused by those around her as the environment does not allow women to have a personality.

Atwood is not trying to portray Offred as a daring revolutionary or someone with a lot of political pull. Instead, she's one of the masses. As devastating as it might seem, Offred is a normal person and is affected by what is going on around her as any other normal person would be. If the world was filled with revolutionaries then no dystopian would ever be told. Ultimately, it appears that the purpose of this narrative is to exhibit a terrifying world through the eyes of someone that we can understand.

In regards to her personality, it's highly likely that she did used to have profound one but the horrifying pressure from corrupt authorities have forced her to "forget about ( her ) secret name and all ways back" ( ch. 24 ) because in this new world, punishments are plentiful and not usual. If she shows too much resistance, she will be held accountable. Therefore, if the apparent lack of character or the sheer passiveness of the protagonist is holding you back, I hope that I've shown this in a different light!

Admittedly, I didn't really find the plot slow at all although I understand why some might. Upon first glance the entire tale might seem quite mundane. All Offred appears to talk about in the first half of the book are how she sits and waits and sits and longs for things that she can't have. If this were a contemporary, then this would be quite meaningless and trite. The thing is though, to Offred, it isn't.

She's not simply being dereprived of "liquor and coffee" but rather "they are forbidden" ( ch. 3 ). She's so restricted that she doesn't even have the choice to do something that could be bad for her. The plot is lethargic because she receives healthy breakfasts cooked by someone else and she has morning walks where she goes grocery shopping. This seems normal to us, privileged even. Yet the fact of the matter is this: she's a prisoner.

To discover any value, the reader needs to constantly refer back to her situation which is part of why it might seem so repetitive. Atwood has done such a good job of emphasising how Offred is a normal person, that we almost forget that the world she lives in is utterly abnormal and twisted.

☞ | THE REASON IT BECAME SO POPULAR

This is a combination of many things but ultimately, it's the message. It's the wonderful literary prose yet terrible experience that draws us in. You can feel yourself falling into the villains trap in sync with the fall of Offred. You scramble for the little freedom that Offred has, even though we know that it's just one step closer to acceptance. I think that's why it's so horrifying. Logically, our reasoning and knowledge of evil is sound. We realise the deception that occurs, yet gravitate towards it because it is the best option. The Handmaid's Tale is horrifying because we understand it. We see glimpses of it in the world around us and it's terrifying.