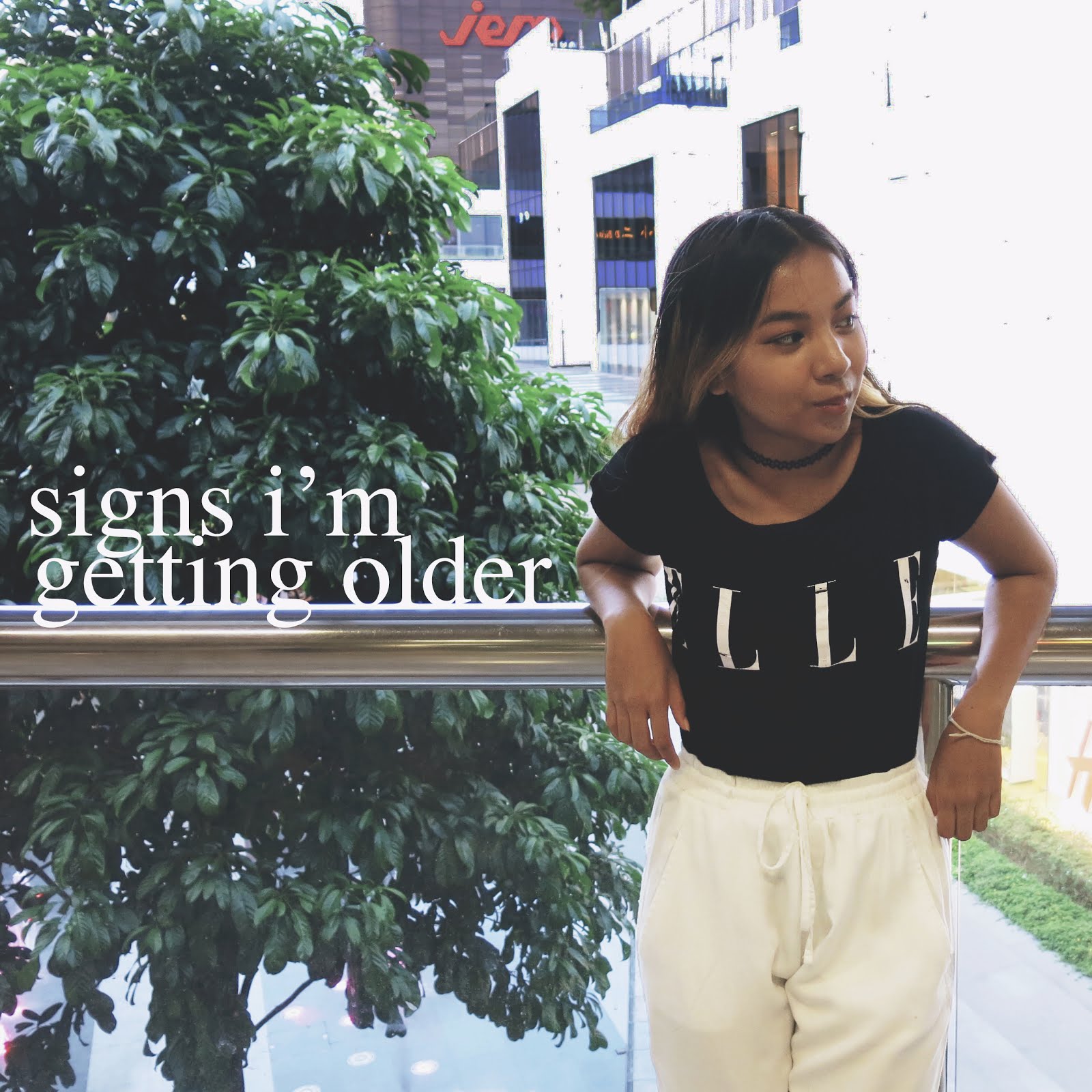 Candles are funny things. They’re used to celebrate life, yet could potentially set fire to someone’s hair and burn the entire place down. Sorry, was that a little dark? Anyway, more and more of them are being piled on my birthday cake each year, and I’ve come to a realisation. I’m getting old. The time of having to act like an actual adult is coming closer and closer each second, and I don’t know if I’m ready! But here are some stepping stones that I’ve made along the way to young adulthood.

1 I’ve become an advocate for sleeping early. Yeah, I’m not that old but compared to my friends I’m like a grandma. I have an undone assignment due tomorrow? Sucks, but I’m still going to bed at max 11pm. My favourite tv show is airing / youtuber is live streaming? It’ll still be there when I wake up. Not only that, but I constantly drag one of my best friends for their bad sleeping habits. I’m the #coolmum of the group. Or maybe I’m just the mum, I don’t know.
2 I’m getting friendly with my professors. Which, really isn’t all that weird, but it’s a big step from the smaller me who could barely look teachers in the eye. I can actually hold a conversation now! Mind you, when I say friendly – I don’t mean we’re going out for brunch on sundays and gossiping about the other people in my class. That would be weird. What I mean, is that we smile at each other occasionally across the halls and can actively chat about life.
3 I realise how cringy some online personalities are. I’m not going to name any names, but some of the youtubers I used to watch when I was younger – phew. So many of them are overly loud, really unfunny and act like 12 year olds. I’m not naming and shaming because I realise that more often than not these are personas, another thing that I’ve realised, but it just gets a little too much for me sometimes.

Recommendation of the post: Booster Gold graphic novels. I recently read one of his comics and it blew my mind. It was amazing. He's basically a time-master in training so he goes around mingling with the suicide squad, the teen titans and the justice league. Pretty snazzy if you ask me. I was a huge fan of the art as well – really beautiful stuff.
4 I’ve started making spreadsheets to manage my finances. Admittedly, this isn’t something that I’m very good at. Sometimes I miss off months, or forget to add in all of the food that I’ve been buying but I am attempting to be organised. Buying and selling books comes with a need to track what I’m doing. It would be pretty useless to find out that I was spending twice as much on products, than what I’m actually getting back.
5 I'm unfriending people. When I was younger I was obsessed with the number of facebook friends that I had. Now – eh – not so much. I've realised that there really isn't a point in having large numbers if none of them interact with me. What sense does it make to be facebook buddies with someone who I've never really spoken to in my life, who doesn't like my profile picture or message me but is friends of a friend of a friend? None.
6 I still hate vegetables, but I'm trying my hardest to add some of them to my diet. I do normally substitute them with more fruit, but instead of just getting chicken and rice, I'm now getting chicken and rice and vegetables. I don't eat all of them, but I'm sure some of them are getting mixed in with the other stuff.

'Til next time, Fleur xx