Confession: I'm a Part of the Luminati | Starstruck by Cyn Balog 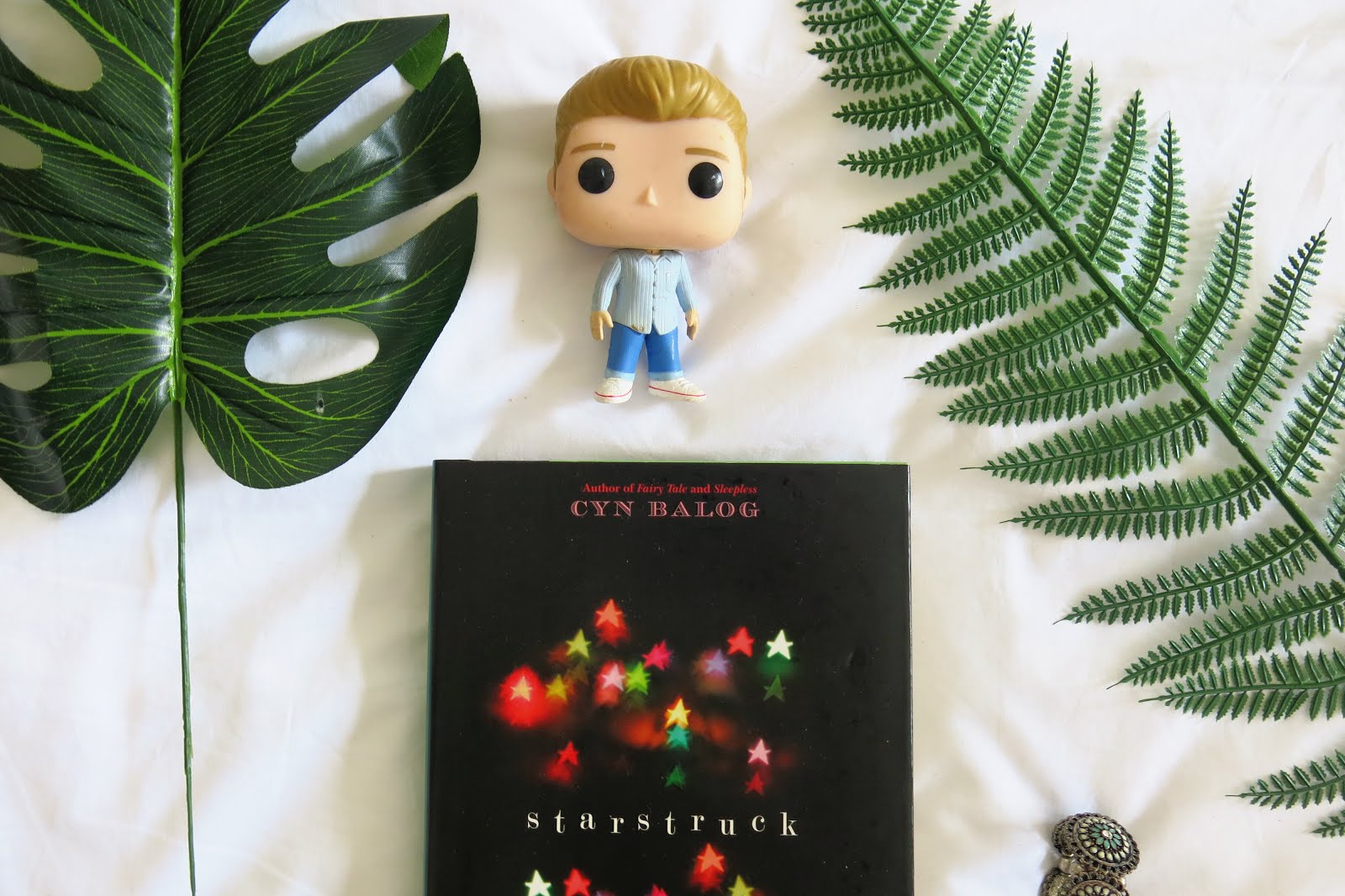 Here's a tip: If you think you might want to read this, please skip over the blurb. It is literally the entire story in three summarised paragraphs. Then again, the blurb is the reason that I picked up this book. So, I don't know. You do you I guess. 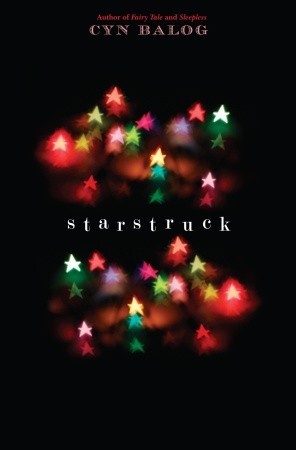 Gwendolyn "Dough" X doesn't think she has much going for her—she carries a few extra pounds, her family struggles with their small bakery in a town full of millionaires, and the other kids at her New Jersey high school don't seem to know that she exists. Thank the stars for her longtime boyfriend, Philip P. Wishman—or "Wish." He moved away to California three years ago, when they were 13, but then professed his love for her via e-mail, and he's been her long-distance BF ever since.


At the beginning of her junior year, though, Wish e-mails that he's moving back to Jersey. Great, right? Well, except that Dough has gained about 70 pounds since the last time Wish saw her, while Wish—according to his Facebook photos—has morphed into a blonde god. Convinced that she'll be headed for Dumpsville the minute Wish lays eyes on her, Dough delays their meeting as long as she possibly can.

But when she sees Wish at school, something amazing happens. He looks at Dough like she's just as gorgeous as he is. But Wish is acting a little weird, obsessed with the sun and freaked out by rain. And the creepy new guy working at the bakery, Christian, is convinced that there's more to Wish's good looks than just healthy eating and lots of sun. He tells Dough that a mark on Wish's neck marks him as a member of the Luminati—an ancient cult of astrologers who can manipulate the stars to improve their lives. Is Wish and Dough's love meant to be—or are they star-crossed?
YEAH,
YOU GOT ME.
I'm not actually a part of a secret star cult and the Luminati is not a total rip off of the Illuminati. The key word here is total. It's not a total rip off. Actually, you know what? I take that back. In reality I'm not very clued up on what the Illuminati actually is, but isn't the play of words somewhat interesting? In the midst of my zombie walking after a day of writing paper after paper, I thought it was extremely clever; to the point where I started grinning to myself in public. Perhaps I had let my inner 13 year old take charge. All I know, is that as soon as I saw passing references to stars and the word Luminati pop up on the blurb, I knew that I had to read this book. Even if it just was for the shits and giggles.

This book has been labeled as fantasy 39 times on Goodreads and in a way, I suppose, it kind of is. There are a little bit of magical realism references and cultish descriptions here and there. However, if you're looking for a fantasy book full of intricate world building and spine tingling dialogue, please find another book. You just wont find any of that in here. In fact, this book is so simple that I would almost go as far to argue that it would have been better as a middle grade book, sans the alcohol and nipple descriptions. It's certainly short enough. The message behind the book also seems to parallel with the stuff that I read when I was a lot younger: it's a moral for all ages but most effective if learnt when young.

Starstruck is an interesting book in that aspect. The main message appears to be learning to love yourself and the book is full fat positivity – even though she loses a little bit of weight at the end, she is shown not to have cared – but like I said before, this book is a little bit short. Now I'm not saying that's a down fall. Literally all fables are short, and they have some of the best moral message out there! However, the fact that it is so short means that generally, something has been neglected. In the case of Starstruck, it was the dialogue. 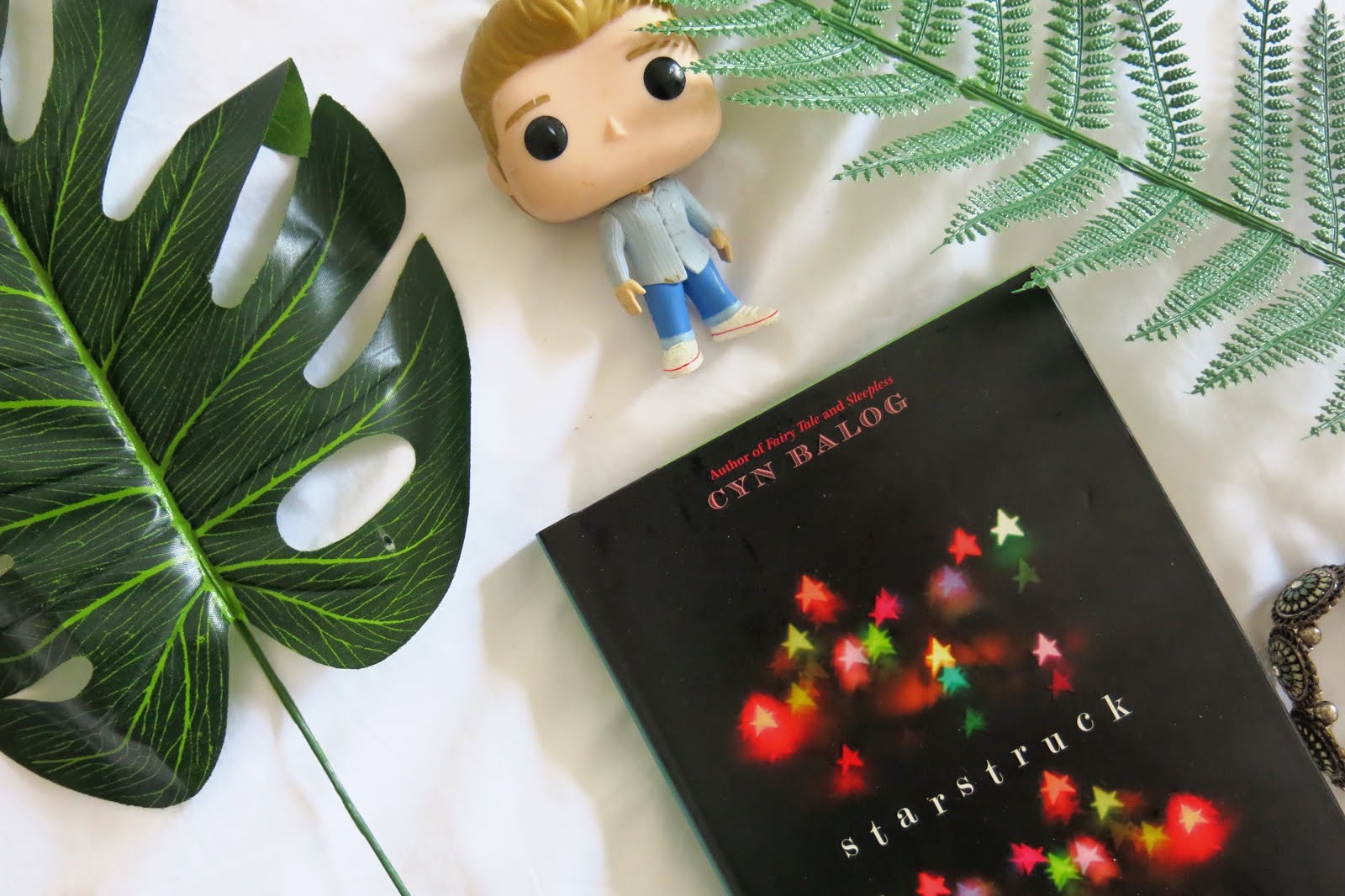 AT FIRST YOU,
MIGHT NOT
HAVE NOTICED.
Because we get so much of Gwen's inner thoughts, but the fact of the matter is: she's boring. Not to the readers, but if I were a side character and I were forced to have a conversation with her – zzzzzzz. She appears to speak in sentences that consist of three words. Um, yeah okay or sure, why not? Never mind worrying about Wish leaving her because of how she looks, but how on earth does he stand sitting in absolute silence with her? Their outings sound like the most mundane dates that I've ever had the displeasure to read. Every single one of them has an 'awkward silence' and never does she speak more than a couple of words.

The only person she truly seems to speak to is Christian, sometimes they seem like they're old pals, which is slightly odd considering he's the one that she knows the least. I also got the impression that she was supposed to be funny; where the hell was that?! From the outside, she seems as boring as a pile of fresh out the factory bricks. Okay, okay. Her inner thoughts and feelings are a little more interesting. When she cringes, I cringe. When her heart gets all a flutter at the sight of Wish, mine does to a certain degree as well. I suppose that it's not all bad.

I mean, despite all of it's flaws, it was definitely entertaining to read. I'm still hung up about the whole Luminati thing! Although unexplained and a little far fetched, the idea is really quite unique. If it had longer to develop and grow into something more fleshed out, who knows what it could be? I did also like Gwen, the main character, even though I just spent a whole paragraph complaining about how boring she would be to everyone else. I guess that's just one advantage we get as readers. For that reason, I'm giving this book:

Follow
Check out my Instagram, Twitter and Subscribe by email!
I mean, despite my complaints – I would recommend this book as an airplane read. It's light hearted enough that you would enjoy it, but the message behind it is also super important. All in all, it was fun to read! And isn't having fun basically the point?
Email Post
Labels: airplane books book review books