Fandoms And Characters That Have Been Left Behind 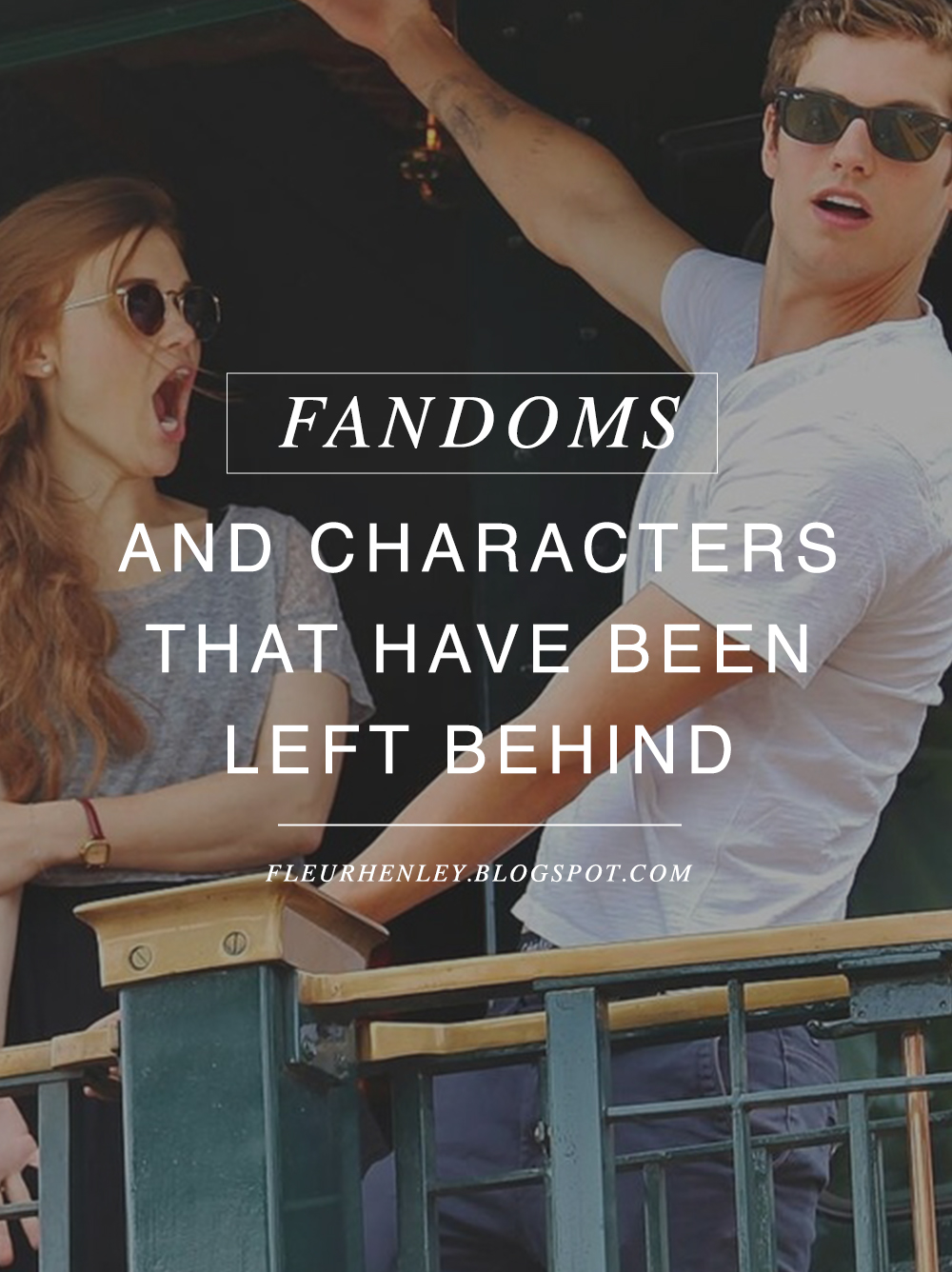 I've never really been an avid stan of anything, but I have done my fair share of scrolling through the tags of Tumblr and Instagram. So when this week's top five wednesday popped up (you can join here if you're interested),  I thought that now would be the perfect time to rant about everything that's been going on and all the fandoms that I've left.

I used to adore Stiles. He was sarcastic, clever and brilliant at coming up with solutions to all of their problems. Until he started (literally) beating Scott up when he was down and I realised that he really wasn't that great after all. There are so many other brilliant characters that are more worth my time.

Scott is the most selfless teenager that I have ever come across. He's always trying to do the right thing, looking out for his friends and saving everyone from terrible danger. No matter what the personal cost. Unlike Stiles, he isn't sarcastic to the point where it becomes rude and he has never used his enhanced strength to maliciously hurt one of his friends. There are some people out there trying to claim that he isn't the main character, despite the show being called 'teen wolf' and the show focusing on his transition. I just think he deserves so much better from the fandom.

Don't get me wrong, I still adore the tv show and the characters. However, the actual fandom side of it has become incredibly toxic. One example is how 'fans' are telling the writers that they're the worst human beings to ever walk on the earth. This is a) incredibly ignorant and b) rude as hell. While it is true that you are a viewer and therefore incredibly important to the continuation of the show, it is not your show.

It's science fiction, sure, but it's also supposed to be a story about human nature and love. Not everything will work out the way you want it to, and that's okay. Let's think about it this way. There are two people gunning for the same thing, they want a character to be reincarnated. What will this character's storyline be? Will she spend the rest of her time frolicking with her true love as one viewer wants, or will she go on extended battles and leave her love behind to deal with her own sh*t as the other viewer wants? Fan service rarely works. Follow the story, or simply click out of your browser and find something else to watch.

I mean, I'll still probably watch this when I'm in bed recovering from surgery in a few weeks but . . . it's just really not my thing anymore. I'm honestly confused as to why the writers decided to use Archie comics as a base, because the characters have nothing but their names in common. Although strangely, that isn't my issue with it. My issue is with the queer baiting between Betty and Veronica, the erasure of Jughead's sexuality and the lack of screen time that minorities get.


Honestly, I can't think of any other fandoms right now, so these will have to do. Fleur x
Email Post
Labels: rant riverdale teen wolf top five wednesday