Book Covers That Scream "Don't Mess With Me"

Books covers, dust jackets or the thing in which words are wrapped in. Generally they're the first things you see when pondering about whether or not you should pick up a book. Obviously, I don't base my purchases on the covers alone, but if the cover is hideous then I might not even get the chance to consider it. I wont even pick it up. Not because I'm necessarily trying to discriminate against books that have a zoomed in body part on the cover, but because in my experience, those kinds of books don't really have a great deal of dragons or magic. Which is something that most of my books have. ps. I deleted this post a few minutes ago because I thought it was messing up my blog, it wasn't. This is a top ten tuesday post! 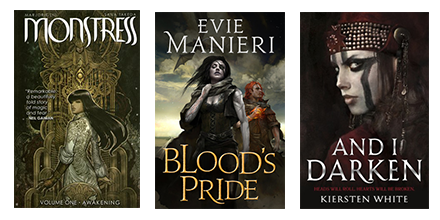 If you haven't read it already, Monstress is definitely a book that you need to add to your tbr list. It's an amazing graphic novel that has both amazing graphics and storyline. Although it is a little gory, so if that isn't your thing, make sure that you read up about it!
I haven't read Blood's Pride, but it's been on book outlet countless of times and it's caught my eye. If the shipping was a little cheaper, I don't live in America which means it's extortionate, I definitely would have bought it by now.
Unfortunately, And I Darken doesn't quite live up to it's amazing cover. It does have another cover which is covered in beautiful purple petals which might sum it up a little bit better. Pretty, but confusing. Hoever, it did keep me entertained through a very long and boring airport wait, so it really can't complain that much. 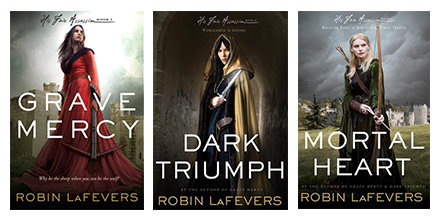 I'm going to be honest, out of all these books I've only read Grace Mercy. Although it was surprisingly good considering how I only read it so that I could read the second one, a book that has been sitting on my shelf for ages. It's a really interesting premise, it's about a religious order that goes around killing people. Not entirely jaw dropping, apart from the idea that they serve death which is something kind of new. There's a lot of self discovery within it as well, definitely worth the read! If you want to read my post on the eight things that I loved about the book, click here. 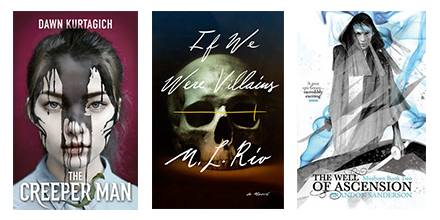 The Well of Ascension is book number two of an amazing series called Mistborn by Brandon Sanderson. If you like high fantasy and haven't read this book, then here's me shoving it into your face. READ IT! I scream, blocking your field of vision with 3 copies of the exact same book.
I haven't read If We Were Villains, but it's said to be something like the Secret History. I'm currently reading it, I was in a previous post as well – it's going really slowly, and I love it so far. Sure, the chapters are terribly long, but the writing is brilliant. Alright, I just looked it up and 'If We Were Villains' is $30 in hardback form. That's a little expensive.
I haven't read The Creeper Man either, but the cover is so eye catching! I did once try and trade it with someone, but I think it was a dad trying to sell their son's books. There was a lot of back and forth, it all got very confusing. In the end he left me hanging, oops. 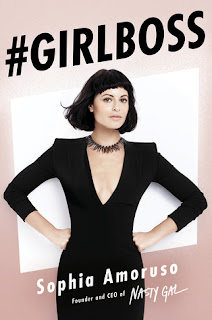 I've left this book cover without any companions ( in case you haven't noticed, the previous books have been in threes ) , because as you can probably tell – it's a little different. However, it is possible to look badass and give off the whole 'Don't Mess With Me Vibe' without an excess of swords, blood or dragons. Weird, I know, but true. I think #GIRLBOSS is a excellent cover to embody just that.

Detailing the journey of owning a company that sells vintage styled clothes, a company that has been declared bankrupt, it's definitely an interesting read. It didn't quite live up to my expectations when it came to business advice, but reading about her journey was great as well. She's recently had a netflix television show made about her too.
Email Post
Labels: books top ten tuesday weekly meme