I’m mean I’m not that bad. Still, I realise that some of the books I bought weren’t exactly needed, but hey! It was only $25 total so I think I’m kind of in the clear? I bought these at a school fair, so I’m 99% sure that these are all second hand. However some of them literally look like they were bought from the store yesterday which is pretty rad. This was all for charity, so I feel a little less bad about spending! ( Was that proper English? It looks wrong to me. )

Pretty Girls by Karin Slaughter
I've heard so many good things about this book! A lot of people say it's very emotionally powerful, so I'm watching out for that.

3 Percy Jackson Books by Rick Riordan
I mean, I haven't read any of them – so I figure that I should probably start yeah? I have already have 5 of his other books in HARDBACk, that I haven't read yet though.

Bone Gap by Laura Ruby
This has been on my tbr list forever. Also, bees! I love bees.

Mosquitoland by David Arnold
Hm, is this my kind of thing? Not really sure. A great deal of people have said that he's trying to be the next John Green, and I'm not really that big of a fan of John Green ( I just mean I haven't read any of his books, I have watched some of his movies though ).

Isle of the Lost: Descendants by Melissa de la Cruz
Um, I mean the cover was super pretty and it looked brand new soooo.

The Lover's Dictionary by David Levithan
This was recommended to me ( not personally, but you get the gist ) by one of my favourite youtubers! I think the premise is kind of adorable. 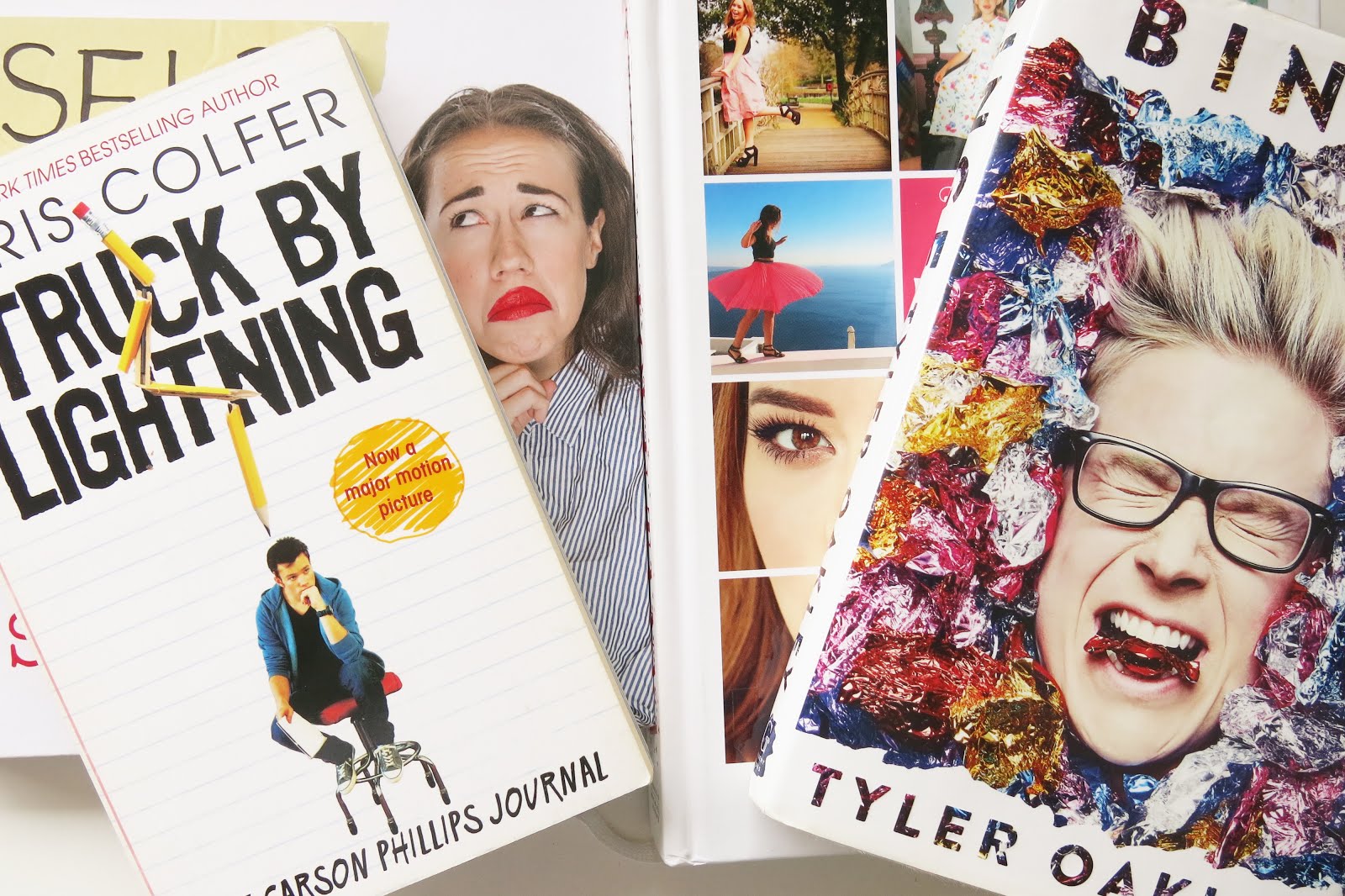 The 48 Laws of Power by Robert Greene
This book sounded interesting, although I'm am questioning wether or not I should have bought this. It's really old, which normally would be fine, but the some of the words are faded! Heres to hoping that I can read all of it aha :D

Binge by Tyler Oakley
I'm not the biggest fan of Tyler Oakley to be completely honest. He seems a little rude (there's a fine line between being sassy, and being flat out rude).

Love Tanya by Tanya Burr
Yo, I'm in love with her cookie recipe. They're literally the only things that I've made / baked more than twice.

Selp-Helf by Miranda Sings
I don't even watch her videos, but hey! I'm on a roll with all these youtube books.

Struck by Lightening: The Carson Phillips Journal by Chris Colfer
I haven't heard very good things about this book, but it fit my famous people theme, so into the bag it went!

Hollow City by Ransom Riggs
I've read the first book but ... it was kind of meh. I love the old photos though!

Deep Blue by Jennifer Donnelly
Not entirely sure why I bought this, other than the cover was pretty. I like mermaids, but the reviews for this are kind of ugh.

I bought another one, but I only got it because I was pressured by the sales lady, so I gave it to my dad. I'm pretty sure that it was something about tractors?

Have you bought any new books recently? Tell me your go to bookish place to spend all your money! COugh, I mean if you want.