Stupidity of The Winners Curse 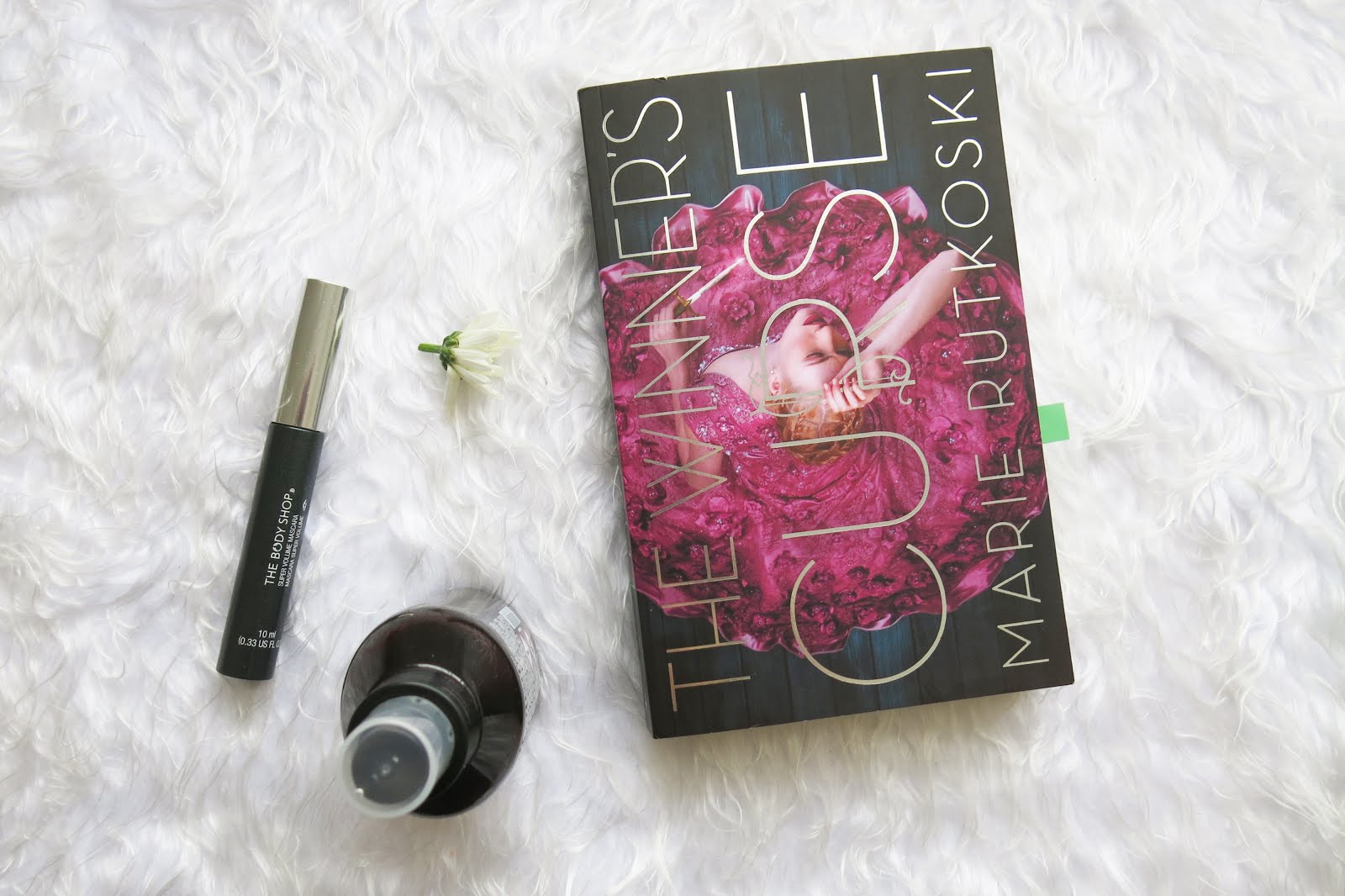 War runs through Valorian blood, just as art runs through the Herrani. Yet something sets our two heroes aside. They have something else running through their veins, something that doesn’t seem to be present in a great deal of the others. So what is it that makes our two heroes, Arin and Kestrel, so special? Well my dears, the answer is STUPIDITY. I’m not kidding, throughout the book I was almost angry crying at how absolutely stupid the characters were.

A lot of the problem, I think, stems from how inadequately their infatuation bloomed. There was absolutely no reason for the to love, let alone even like each other! There was barely any contact between the two of them, there were barely any words exchanged that weren’t hostile before they decided that they loved the other. They were enemies one day, and apparently in love the next. To emphasis how ridiculous it was, think about Voldemort and Harry Potter. Remember that scene where Harry gets portkeyed right into the middle of the death eaters, and then tortured by Voldemort? Now imagine Harry declaring his undying love for Voldemort, a day after that – pain still running through his mind and blood still dotting his knees. Yeah, it was like that.

It wasn’t even a good hate to love relationship. There was no development, no reason behind any of it! If Kestrel had been kinder to him, I would have understood a little better. If Arin had let her in, rather than shutting her out the entire time and threatening her. Maybe I would have seen reason a little more. But none of those things happened. Instead, we have Kestrel describing him as a savage the whole time, and Arin focusing on his preparation for the war. Not once do they do anything remotely sweet for each other – and don’t tell me they fell in love because of the other person’s brilliant mind. For some reason when Kestrel’s around Arin, she gets a little bit stupid. Why the hell did this happen? Even when they first meet she’s acting foolish. It makes no goddamn sense considering the Valorians are supposed to be warriors, THEY SHOULD ALL BE GODDAMN SMART. Taking into account the Kestrel is supposed to be smarter than the rest of them, she should be a certifiable genius. So either the Valorians are actually extremely stupid and all of their conquering has been a complete fluke, or it’s bad writing. Because if the General decides that his daughter is fit enough to be a military strategist, then she better be goddamn good at what she does.

I mentioned that Kestrel loses her wits around Arin, she does it in a big way. Why the hell would you talk about military plans with someone who is supposed to be your enemy? Why would you offer your theories, and then let them reassure you that it’s all alright? That just doesn’t make any sense to me. Nor, I’m sure, would it make sense to anyone else in the book. Despite favouring Kestrel as smart, everyone else seems a great deal more level headed than her. Sure, Kestrel can tell apart glass from topaz – but she doesn’t think about the consequences. She doesn’t want the Herrani to be punished, yet if the lady selling the fake topaz gets into trouble it will be her fault. It doesn’t take a lot of brains to be able to figure out the glass is fake, just a keen eye. It does take a little more to think things through before saying them, something that Kestrel just doesn’t seem to do, despite being ‘clever’.

"Except that both events are strange. Oskar had no reason to commit suicide. Even the emperor praised his performance as captain.  His guards admired him.  He seemed happy."

Lets talk about what happens when Kestrel gets captured. She threatens to kill herself, which is understandable as it isn’t seen as something bad in Valorian culture, but it is something she could use as leverage against this boy who so obviously likes her. So why did she proclaim it as soon as the bad things start happening, and give him a chance to talk her out of it? Now he knows exactly what her mindset is, and what she’s prepared to do. #stupid

Onto the boat, she betrays a whole boat of people who could have fought off the Herrani because she has a brilliant plan. A plan that she then gives up on because she remembered how much she loved it when Arin, her one true love who she’s had five conversations with, kissed her. Once, he’s kissed her once. Does the fact that he’s currently slitting the throats of men that counted on her, matter one bit? Nope. Does it matter that he killed almost all of her friends about an hour ago, poisoned without their knowledge? Nope. Does it even matter that she’s dooming thousands, millions of people to die – just because she wants to continue kissing a boy, who for all she knows, will tear her apart limb from limb after he wins? Nope. All that matters is how she felt when he kissed her. #stupid. Honestly though, what in the seven hells is this quote?!

Kestrel listened to the slap of waves against the ship, the cries of struggle and death. She remembered when her heart, so tight, like a scroll, had opened when Arin kissed her. It had unfurled.

Look at that jump, should I care about my people or myself? Yes, those cries of struggle and death are her people. Maybe it was someone who looked after her when she was a child. Maybe it was someone who nursed her back to health, when she was sick and bedridden. Screw that, she thinks, I need to stay loyal to this one guy whose kisses make me happy. Hell, I’m pretty sure that even if her father was on that goddamn ship, she wouldn’t have done a single thing. In fact, her father does cross her mind when she’s been held a ‘political prisoner’ in a luxurious room in Irex’s old home. Yet, she still manages to make excuses about why she shouldn’t be escaping.

“Be happy for me,” Arin said. It took her a moment to realise that those words were for the page.

What page is this you ask? Why it’s a letter that Arin is forcing her to write to her father, dooming her people into a longer time of death by poison. Isn’t that just the sweetest thing? Even throughout all of this, she’s still so infatuated with him that she can’t see her own toes through her heart shaped eyes narrowed at him. She believes herself to be so clever, and ruthless. That’s one of the reasons she didn’t want to join the military! She says, because she makes ruthless decisions that are for the better good! Except these decisions she’s making, are idiotic, even for a five year old. A five year old might have some loyalty to their parents, to the people who have looked after them for all their lives. But nope, none of that silly loyalty nonsense from Kestrel. Actually scratch that. Throughout the whole ordeal she’s worried about betraying ARIN, I’m speechless honestly. What is a couple of months compared to a lifetime? Nothing. Although apparently one small kiss, to Kestrel, is worth everything.


Ha ha ha okay, so I got rid of the book before I could write this part because I'm dumb and forgot that I was writing a post on it. I'm sorry. I do remember some of the things he did though, so I'm going to make a list ( because we all love lists ). There will probably be big spoilers in this part, so feel free to skip over.

Ha ha ha okay, same story as the last point I got rid of the book before I could write this part but there are so so many things that are wrong with this book.


So have you read the Winners Curse? If you have, and you loved it – I'm really very sorry. Me and the book just didn't mesh very well ( as you can tell ). It had huge potential though, so I could definitely see a glint of why people might like it!