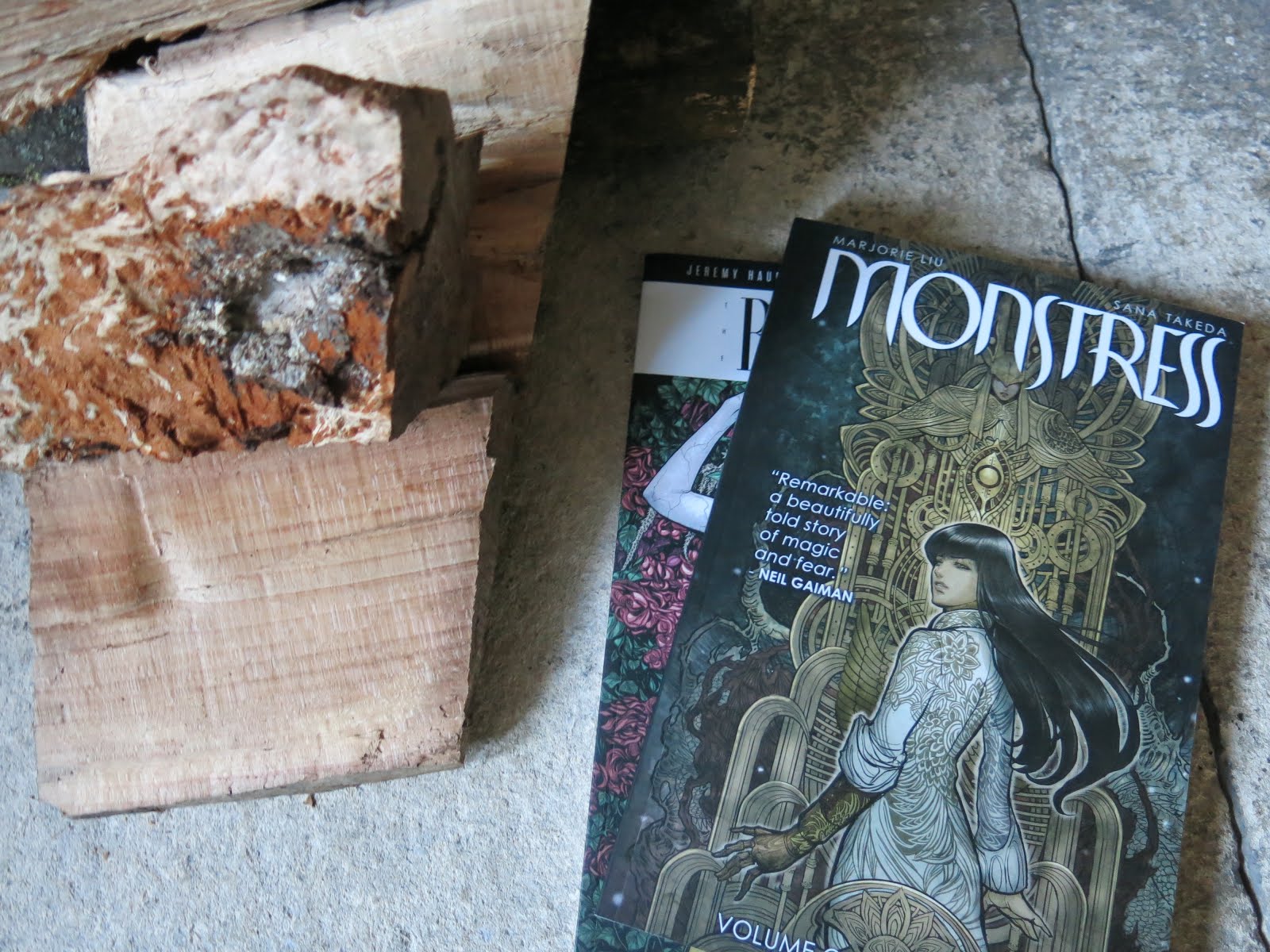 I got both of these for christmas, the list of which you can find here. I hadn't been reading a great deal of graphic novels, which I thought was a shame. I used to have so much fun reading them! It's kind of refreshing to give your brain a break from words, and let them settle on well drawn pictures instead. There's almost a completely different experience. 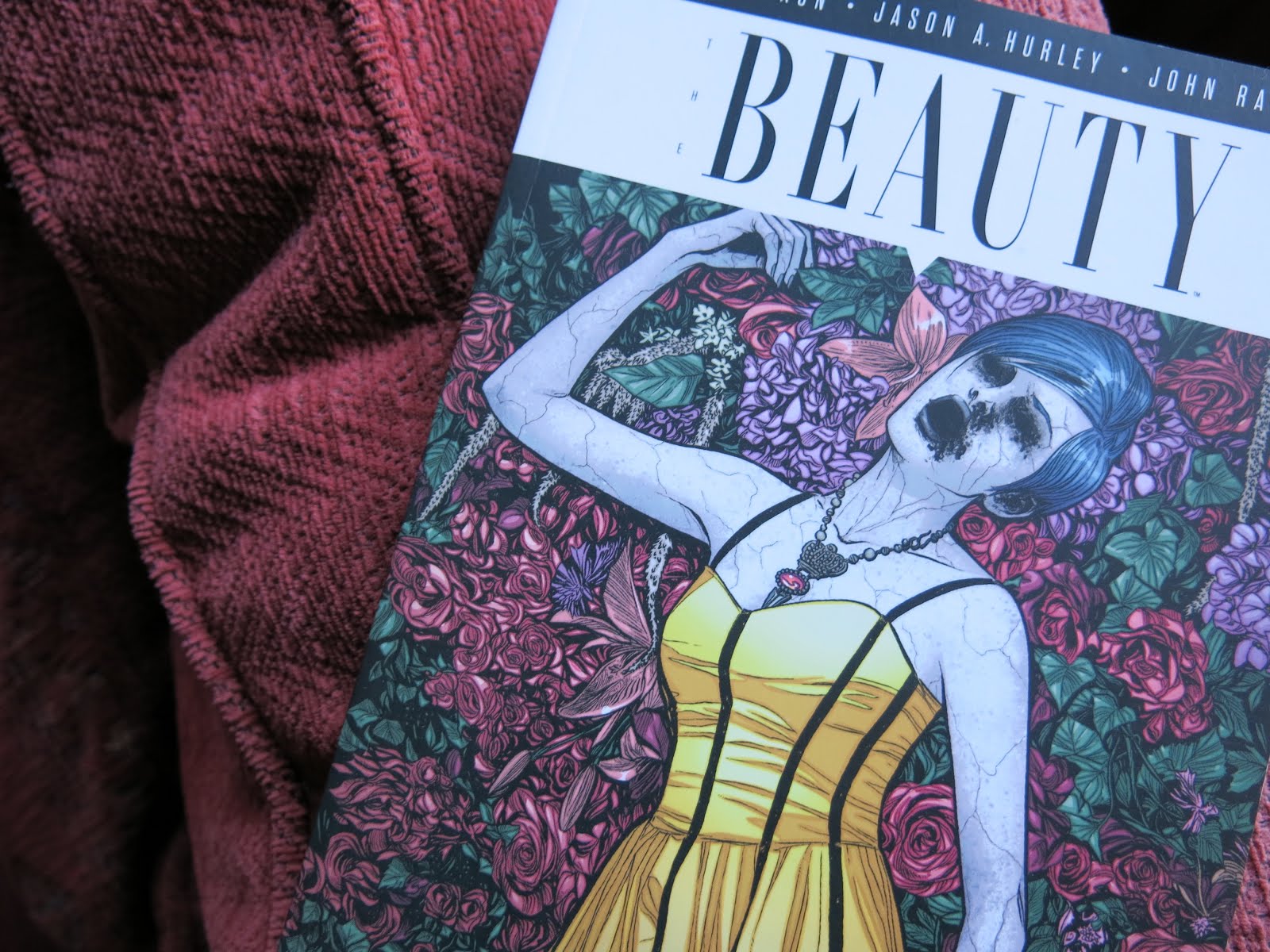 
The artwork was gorgeous. I mean, it’s about beautiful people, the artwork has to be gorgeous.

The horror was great, but it wasn’t enough to keep me there. Blood and pretty people don’t make a story if nothing really happens. This is something that a great deal of visual producers are having trouble grasping nowadays, and something we’re seeing more commonly in movies. Sure, there was a plot, but it was hard to catch because it went by so quickly. I’m sure that if it had been more prolonged, it would have been extremely intriguing. There would have been a chance for tension or to at least make us connect with the characters a little bit more.

From the get go, we just get thrust into the middle of it without a great deal of explanation. We get introduced to so many people’s lives that it’s hard to begin to feel ANYTHING for any of the characters. It was almost like a competition. She has a wife and kids! He has a wife! Who will you choose?! Suffice to say, I chose neither.

There is the point that there is a lesbian couple within the story, which was quite inclusive. Although as I said earlier, we didn’t really get to feel for any of them. There was an attempt to discuss how this one character isn't really all that bad, and that they have some good sides to them, but that kind of fell flat as well. There simply wasn’t any reason for her to go good. Was it because her ego was scorned? Was it because she realised her family was more important? I have absolutely no idea, and if you read this book, there’s a 95% chance that you wont either.

WOULD I RECOMMEND IT? If you're generally a fan of crime novels, then I would say this might be worth checking out. Same thing if the concept interests you (I have to admit, the concept is super interesting). Although I wouldn't recommend that this make the top of your list. 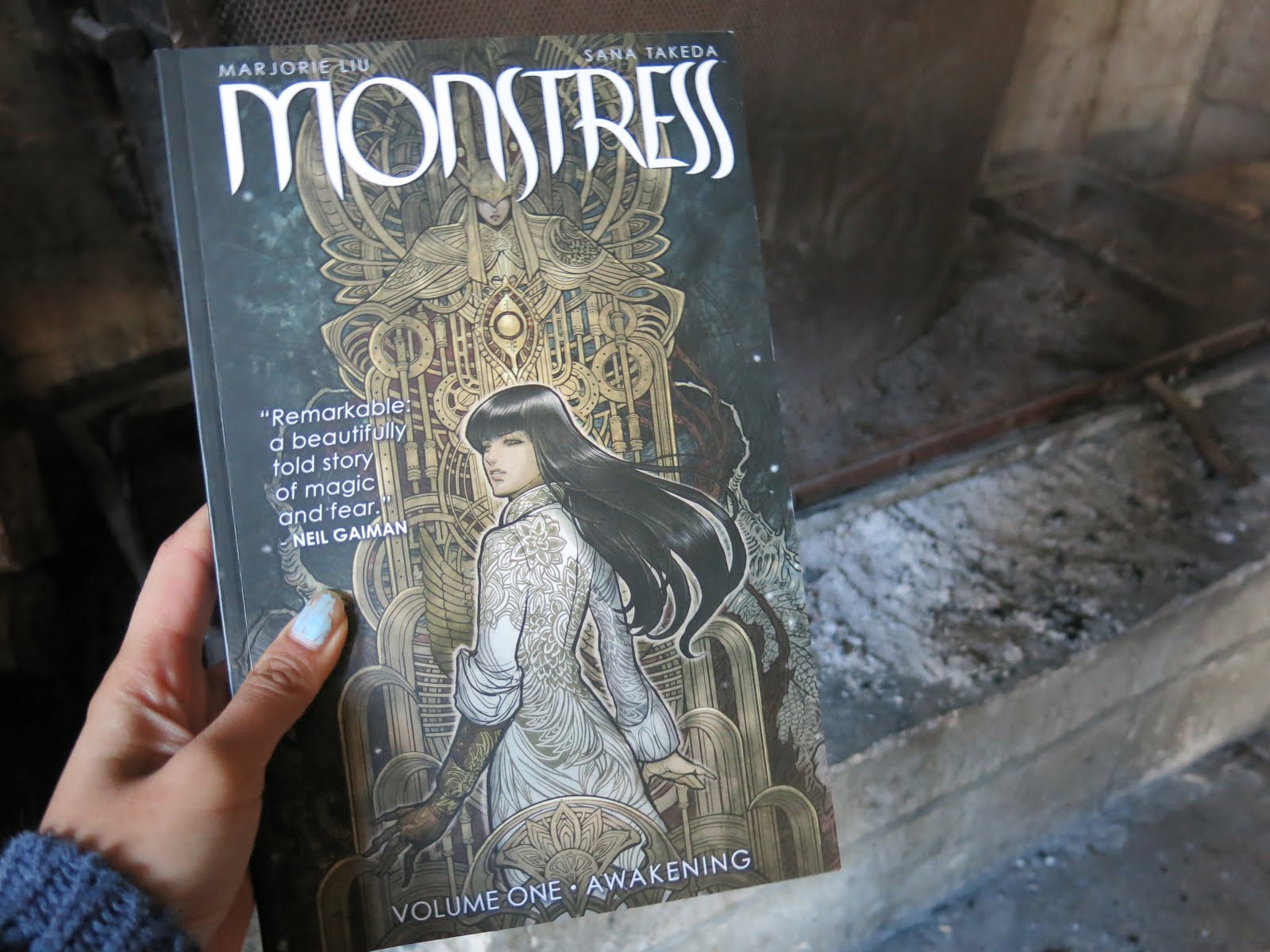 Within this book, there was an abundance of female characters. I can hear the people everywhere crying happy tears of joy at this, if not for the inclusivity then for the viciously positive representation of women. Off the top of my head, I can only think of two males who actually had a part in moving the plot forward. Generally, it’s the other way around, with there only being two women who are actually relevant to the plot. It’s nice to see that this comic book has strayed from going down that route.

There are girls in this book that fight, that rule and that science the hell out of anything that comes their way (even though the scientist in question has terrible ethics). I think there’s also a kind of relationship between two of the characters? It wasn’t really dwelled on for too long, but the implications of it were there. This happens later in the plot though, so I wont spoil which two characters it is.

Speaking about things that happen later on in the plot, the character development and building is superb. We dig a little into everyone’s minds, and realise that no one is the villain of their own story. We explore why they are, in the case of some of the potential villains, doing the terrible things that they do. The characters grew from pictures on paper, almost to people that we actually care about.

The art helps with this a great deal. It managed to be both adorable and utterly gruesome at the same time. The way that the artists drew some of the characters when evil had taken over them, was terrifying. They were warped into monsters to fully represent what they were inside. However, the little fox and some of the cats were drawn so that you couldn’t help but say ‘aww’ when you see them. There was a lovely mix of terror and sweetness.

Speaking of sweetness, I adored Kippa and the Cat (I’m not sure what their real names are). Kippa brought along a sense of innocence to the journey which felt so wrong, but helped to emphasise how messed up everything was. She was a diamond in the rough. The cat on the other hand, was the voice of reason. She helped the main character get out of so many LIFE THREATENING situations, which I thought was noble of her - especially considering how the main character wasn’t exactly nice to the cat.

Having said all of my praises, there is one little thing that needs work. The world building, although wonderful in the little bits we got, did need a little bit of work. Terms were discussed although there was no preface telling us what they actually meant. Sure, you had an inclination of what it was, but there was never anything specific. Or if they tried to be, it was still a little too vague for my liking.

WOULD I RECOMMEND IT? Hell yeah I would. It was a kick ass book about strong women, written by strong women.

Do you read any / a lot of graphic novels? I used to read a lot more, although I suppose I used to go to the library a lot more as well. I'm probably not going to read very many more after this post, they're just so damn expensive! Although I do understand why they're expensive. All of the colours and art.