I Saved Money | Books I Got for Christmas 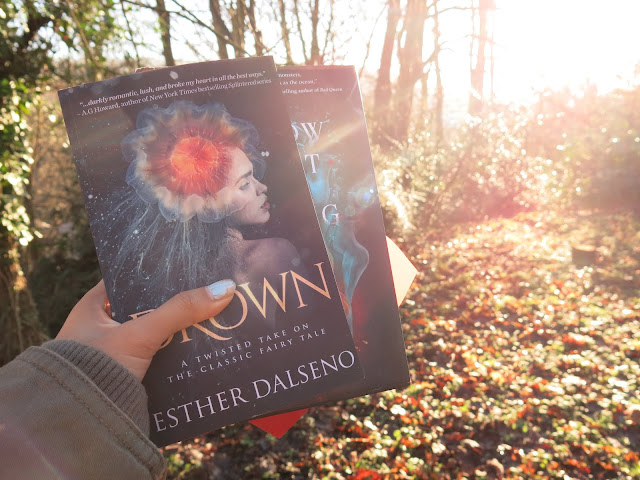 Christmas is always a good time for new books. You generally don’t have to buy them yourself, and it’s reasonable to ask someone to buy you a hardback. I generally don't buy full priced hardbacks myself. The ones that I own have all been traded with other book lovers, or purchased at sales. I just don't have enough capital to realistically keep myself stocked in hardback books. I got two hardback books in my little christmas haul, so thanks mum & dad!

The Beauty ✓ read
THE PILOT SEASON WINNER RETURNS! Modern society is obsessed with outward beauty. What if there was a way to guarantee you could become more and more beautiful every day? What if it was a sexually transmitted disease? In the world of The Beauty, physical perfection is attainable. The vast majority of the population has taken advantage of it, but Detectives Foster and Vaughn will soon discover it comes at a terrible price. Writer/artist JEREMY HAUN (Constantine, Batwoman) and co-writer JASON A. HURLEY offer up a startling reflection on the cost of looking good in this procedural science fiction tale.
Read my review here.

Monsteress ✓ read
Set in an alternate matriarchal 1900's Asia, in a richly imagined world of art deco-inflected steam punk, MONSTRESS tells the story of a teenage girl who is struggling to survive the trauma of war, and who shares a mysterious psychic link with a monster of tremendous power, a connection that will transform them both and make them the target of both human and otherworldly powers.

Three Dark Crowns ✓ read
When kingdom come, there will be one.
In every generation on the island of Fennbirn, a set of triplets is born—three queens, all equal heirs to the crown and each possessor of a coveted magic. Mirabella is a fierce elemental, able to spark hungry flames or vicious storms at the snap of her fingers. Katharine is a poisoner, one who can ingest the deadliest poisons without so much as a stomachache. Arsinoe, a naturalist, is said to have the ability to bloom the reddest rose and control the fiercest of lions.

But becoming the Queen Crowned isn’t solely a matter of royal birth. Each sister has to fight for it. And it’s not just a game of win or lose…it’s life or death. The night the sisters turn sixteen, the battle begins.
The last queen standing gets the crown.

A Shadow Bright & Burning ✓ read
I am Henrietta Howel. The first female sorcerer. The prophesied one. Or am I?
Henrietta Howel can burst into flames. When she is brought to London to train with Her Majesty's sorcerers, she meets her fellow sorcerer trainees, young men eager to test her powers and her heart. One will challenge her. One will fight for her. One will betray her. As Henrietta discovers the secrets hiding behind the glamour of sorcerer life, she begins to doubt that she's the true prophesied one. With battle looming, how much will she risk to save the city--and the one she loves?

Belonging to a race that is mostly animal with little humanity, a world obsessed with beauty where morality holds no sway, a little mermaid escapes to the ocean’s surface. Discovering music, a magnificent palace of glass and limestone, and a troubled human prince, she is driven by love to consult the elusive sea-witch who secretly dominates the entire species of merfolk. Upon paying an enormous price for her humanity, the little mermaid begins a new life, uncovering secrets of sexuality and the Immortal Soul. As a deadly virus threatens to contaminate the bloodstreams of the whole merfolk race, the little mermaid must choose between the lives of her people, the man she loves, or herself.

A complete reinvention of Hans Christian Andersen's classic fairy tale, this is a magical-realist fable that captures the essence of sacrifice and the price of humanity.


Did you get any good books for christmas? Did you get the ones on your list? I was especially looking forward to Three Dark Crowns (which I ended up loving) and I read it the day after christmas. The shipping for the books was a bit iffy, and so there are some dents in the book but hey, better than nothing right? Huge thanks to everyone who gave me books!