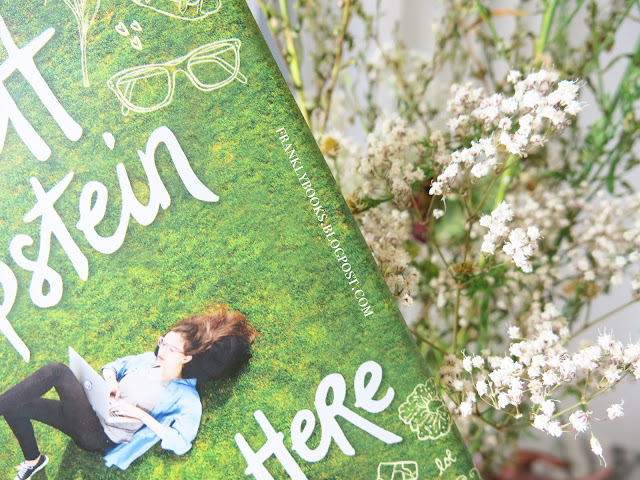 This, was a complete and utter rollercoaster of emotions. I loved it. Now don't let my rating fool you, this book killed it. Everything was on point, from the witty one liners and the tearjerking fleshed out scenes. It just didn't . . . well it wasn't something that would have a deep and meaningful impact on me. We just didn't connect on an emotional level. That's a lie, I cried through two chapters. The characters didn't have an impact on me? This is a tad more truthful actually, although I loved the main character and the revelations that came forward. Truth be told, I don't KNOW why this book isn't getting more than three stars. I really really liked it, I guess it just didn't - well, I don't know.


Lets talk about some of the things that this book uncovers. The first and most important, is that you're not a special snowflake just because everyone around you is a complete imbecile. You gasp, "But Fleur! They're such judgemental assholes! They're making fun of that fat kid, just because he's fat!" Okay, well maybe you didn't say that. I'm sure someone, somewhere did though. Pinky promise. To that person who did say think something like that, aren't you being a tiny bit judgemental yourselves? I know this book is through Scarletts point of view, and for the majority of it we do get to see it through her eyes. She's an outcast, no on likes her, and she's skinny fat. Ugh, I hate that word. But as we go through the book we kind of find out that no one really hates her? The 'popular' girls think she's actually kind of pretty? Oh, and everyone thinks that SHE is super judgemental. Goddamn, if the truth has ever been spoken. I actually kind of have a friend like this, who judges everyone and then complains about how everyone is so judgemental. Ironic right? Not that I get off completely scott free either, I'm sure I've been guilty of this exact thing. This book is amazing at pointing that out.

It's even more weird that I only gave this book three stars. Like c'mon, I'm all for those books that reveal the human psyche to the human. ALL FOR IT. There was even a little Anne Hatheway and Jennifer Lawrence scene that I would have totally said as well. Just so frckin relatable! Oh and um, another thing that it uncovers is that everyone kind of thinks that their awkward. Even that super popular, beauty queen who you think is faking it. Don't assume, befriend. Am I coming off a little preachy? Yeah, I am. Honestly though, her jokes were friggin hilarious. A++ banter to be had. You could feel the emotions coming off her in waves. She was sad? I was sad. She was super, duper happy? I was super, duper happy. She was mad? I was – okay you get the point. Basically she was written pretty well as a teenager. 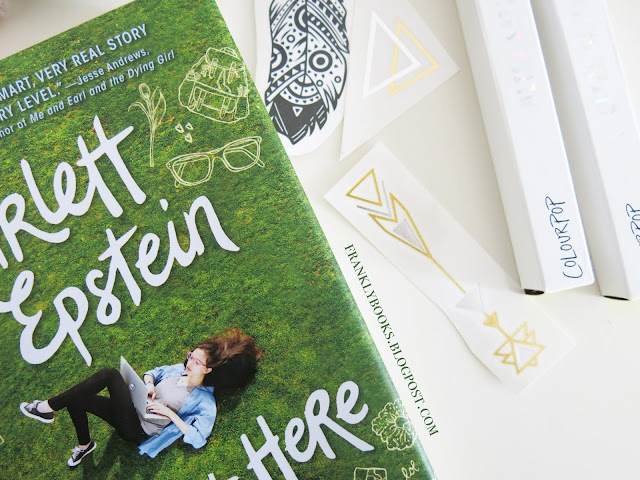 Let's chat characters. Some of them were . . . underdeveloped. Avery, her best friend, just didn't seem real to me. Maybe the main character just seemed so unbelievably real, that everyone else was coming off kind of fake. Seriously though, a great deal of Avery's storyline was her talking about a guy. I'm pretty sure they had like maximum three conversations that didn't include a guy. Oh! That's why I'm not rating it more than three stars, there wasn't really a plot. I mean there was, but it just kind of took a sideline to the marvel that was Gideon. Just kidding, I hated him. Someone I didn't hate though, was Ruth, the old lady next door. But it was so damn cliche! I mean sure, she smokes weed, but how many more old ladies who have infinite wisdom can we really put in books? We barely got to learn anything about her except for 'she smokes weed and gardens'. As in she likes to garden. She doesn't smoke gardens. Like, I get that's supposed to be part of it - but aren't her and Scarlett super close? We should know a little bit more about her at least.

Okay, on to the Gideon rant. HE INFURIATES ME SO MUCH. In fact, I was hoping, so dearly hoping, that this would end up being a story purely about girl love. Friend and family coming together. But nah, Gideon had to go and mess it all up. He wasn't even a good guy! So what if he apologised? Ditch his ass! Throughout the whole book, there wasn't even a proper reason why she liked him. Sure, they knew each other when they were kids. Sure, he's now super hot or something. But um, there was the fact that he didn't stand up with her when they were kids (not a spoiler, this happens early in the book) and he just kind of continues to do that? GROW A SPINE. I hope that there are a few lost chapters out there somewhere, that detail how Scarlett kicks his ass to the curb. 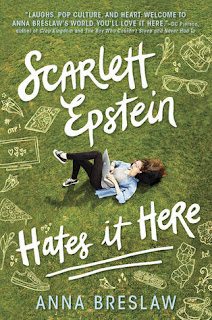 Meet Scarlett Epstein, BNF (Big Name Fan) in her online community of fanfiction writers, world-class nobody at Melville High. Her best (read: only) IRL friends are Avery, a painfully shy and annoyingly attractive bookworm, and Ruth, her weed-smoking, possibly insane seventy-three-year-old neighbor.
When Scarlett’s beloved TV show is canceled and her longtime crush, Gideon, is sucked out of her orbit and into the dark and distant world of Populars, Scarlett turns to the fanfic message boards for comfort. This time, though, her subjects aren’t the swoon-worthy stars of her fave series—they’re the real-life kids from her high school. And if they ever find out what Scarlett truly thinks about them, she’ll be thrust into a situation far more dramatic than anything she’s ever seen on TV…

I don't have the compulsory Jack photo! Jack's my dog in case you were confused. Kind of bummed about that, but he just wouldn't sit still. Smh. Anyways, this review was super unstructured. Let me know if I kind of went into weird places, I feel like I kind of did. Thanks for reading!