I saw this for $6.90 in a second hand sale, and I had to make an effort to look like a normal human being. Because goddamn, I was freaking out inside. I've literally waited months, ALMOST A WHOLE YEAR to get this book (and everywhere else is selling it for so much!). It didn't even matter to me that the book was slightly dented, creased and had a slight bend. I actually starting reading it the day after I got it (well, I went on holiday and OBviously had to bring a book to read)

They were the same characters in the last couple of books (duh), and I loved getting to see them in all of their glory again. This was a pretty character based book, which some people complained about, but I think there was just around the right amount of characters and action. Plus, we get to see new places and meet new people which more than makes up for it! There's a particular new city (you'll know it when you see it) that I thought was especially creative on Sanderson's part. I loved how unique it was! Oh, and the world building for all of it was fantastic. We really get to add on to what we already know.


We get to explore Megan's powers, which end up being quite different from what she originally thought they were. We also got to so Prof's powers in full flow, although seeing it was terrible. Not the writing, but what he did with it. AGH why must you break my heart like this? We also learnt a little more about motivators, and finding out how they actually get made is kind of interesting and super easy. Seriously?? That's all you had to do? Good thinking on Knighthawk's part though. It was also pretty fun to find a little bit about Prof's past, whereas he's previously been really quiet on all things personal. This is, of course, slightly dampened by the fact that we're only learning this stuff to find out his weakness - but um, I'll take what I can get.

It was a bit more 'campy' than the other ones. In the beginning there were a few too many of David's metaphors aka overkill, and quite a few were made while he was thinking to himself. Like yeah, I get that's how he thinks, but most people don't think in metaphors every two sentences. Even if they are horrendously bad at them. The campy-ness did make it a tad more fun though, placements of SOME of the metaphors (that were said out loud) were hilarious and just kind of made everyone look at him a bit funnily. Er, and lovingly of course.


One issue I did have with the characters, is how easily they gave away information. I get that the book is young adult, and he normally writes adult - but it went a little bit like this. POW BOOM (heroes get hurt, heroes get healed) I'll never tell you the secret! (a five minute conversation occurs) I've changed my mind. Here, have all of my darkest moments, my first born child and the blood from my veins! I hate to break it to you Sanderson, but that's not how real life works. Even the realish life of a world where super villains run rampant, and there's a red blob of light in the sky - that isn't the sun. I mean, probably. 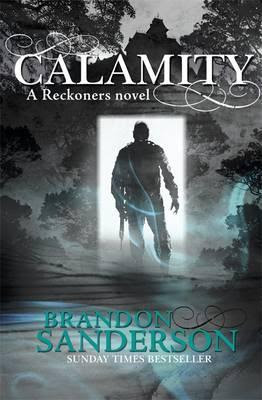 When Calamity lit up the sky, the Epics were born. David’s fate has been tied to their villainy ever since that historic night. Steelheart killed his father. Firefight stole his heart. And now Regalia has turned his closest ally into a dangerous enemy.David knew Prof’s secret, and kept it even when the Reckoners’ leader struggled to control the effects of his Epic powers. But facing Obliteration in Babilar was too much. Prof has now embraced his Epic destiny. He’s disappeared into those murky shadows of menace Epics are infamous for the world over, and everyone knows there’s no turning back…But everyone is wrong. Redemption is possible for Epics—Megan proved it. They’re not lost. Not completely. And David is just about crazy enough to face down the most powerful High Epic of all to get his friend back. Or die trying. 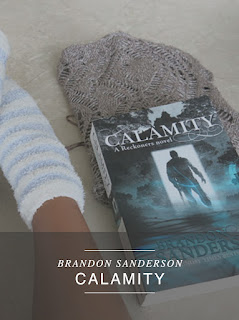 So would I recommend this book? I mean, aside from the fact that this is the last book in a trilogy and most people will feel inclined to read this once they've read the other ones, I'd say definitely go for it! If nothing else, I was just happy to be back in the world again and meet all of the familiar faces. Sad that the series is over, although I now have all three books on my shelf, just waiting to be picked up again. Something that I will hopefully do in the future.
Email Post
Labels: book review