Angie, Ellis, and Meg put this tag together. So thanks for that! As I was going through these I realised that I lacking quite a lot in the number of books that I talk about. Eurgh, so sorry if it gets boring after a while. 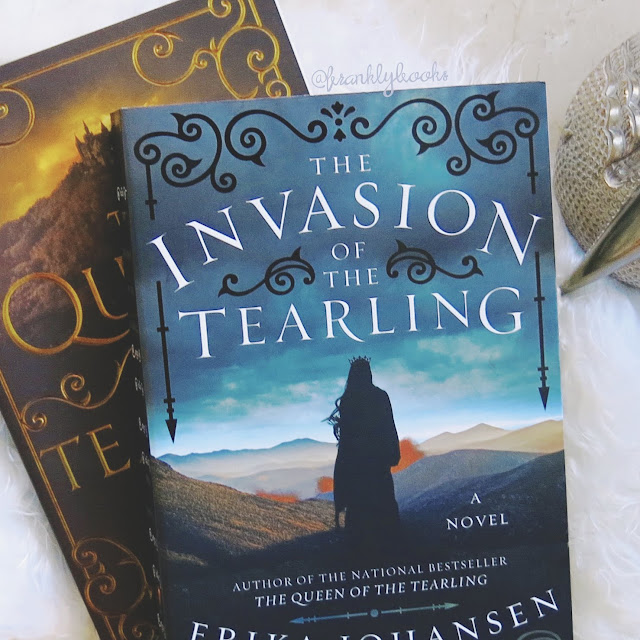 Have I ever mentioned how much I love Kelsea aka the Queen of the Tearling? Because I do.

Hold Me Down: A series you just can’t seem to quit no matter how hard you try.

Hm, don’t really have one of these. Unless you count literally all books by Brandon Sanderson, I love them but they’re putting a huge dent in my wallet.

New Americana: The fictional friend group you’d want to be your fight-the-apocalypse squad.

Definitely Kaz and Inej. Despite the fact that it would probably be our fault, I’m 98% sure that we’d come out of it relatively unscathed. Vin would also be a brilliant choice, the apocalypse wouldn’t stand a chance.

Drive: A couple that needs to communicate (better).

Kaz and Inej. Okay technically, they’re not a couple. But they should be. They just need to get over the people trying to kidnap, murder and maim them. Crippling insecurity doesn’t help either. 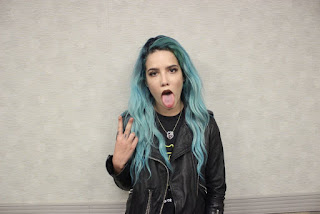 Ashley Nicolette Frangipane, known by her stage name Halsey /ˈhɔːl.zɪ/, is an American singer and songwriter. She started songwriting at the age of 17.

Definitely the Song of Achilles. It makes me cry literally every time I read it, this NEVEr happens. The first time sure, but never the second or first.

John and Lara Jean (sorry all the kavinsky shippers). To be honest, the way Peter was acting should have ensured that she ended up with John. Yeah he was cute at the end, but John actually liked her? I feel like the relationship between Peter and Lara Jean is kind of unequal because he’s more “popular, didn’t give her a second thought at first and has prior commitments to other girls” and that’s not going to change. With John Lara Jean’s on a more even ground.

Hm I guess Lilac and Tarver take this one (even though it lasted a couple of days). I’m not going to say anything else because I’m pretty sure anything I say will be a spoiler.

Colours: One of your faves who hurts you a lot because they make TERRIBLE decisions.

Ruby from The Darkest Minds. What she did at the end of the last book kills me. WHYYY (I still have to read the second book, I don’t know how it turns out). 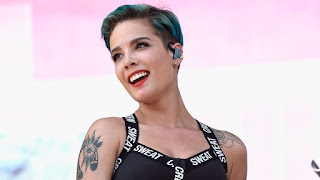 In 2014, she signed her first recording contract with Astralwerks and released her debut EP, titled Room 93. Her debut studio album, Badlands, was released in 2015.

Strange Love: A character a lot of people don’t get, but you absolutely love.

Hmm, well some people don’t like Kelsea because of this quote.

What does [that lady] see when she looks in the mirror? Kelsea wondered. How could a woman who looked so old still place so much importance on being attractive? Kelsea saw now that there was something far worse than being ugly: being ugly and thinking you were beautiful.

It looks kind of bad, but I don’t think it has that much effect on her character. We know that she’s thinks herself to be quite plain, so putting importance on beauty if foreign to her.

Coming Down: A book with the best sexy times.

Absolutely a captive prince no idea.

Haunting: A book or character you’re still thinking about.

Mare Barrow because let’s be real, she kind of causes problems. a) she revealed that reds can have powers b) she makes moves on someone who’s engaged c) she trusts people she shouldn’t without really looking into them d) she asks people to do things that ruin their lives, okay.

Villains from any Megan Abbott books, because usually they’re not technically villains. Harm is self inflicted and childish jealousy turn into death’s messenger.

Young God: Characters that secretly worship each other 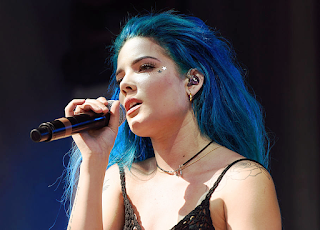 All this information was obtained from wikipedia and the images are from google. Please don't sue me. *puppy dog eyes*

Antigoddess by Kendare Blake. It’s not so much as a retelling as what the greek gods would be like now. Does that count?

Is There Somewhere: OTP with obstacles.

Drarry for the win. They’re canon guys, trust me.

Empty Gold: An OTP that became a NoTP

Lara Jean and Peter. They were so sweet in the first book, in the second book they crashed and burned. It was very tragic.

Trouble: A toxic relationship you still ship even though you know better.

Lara Jean and Peter. The version of them in the first book, even though I know how they turn out. I’ll just pretend the second book doesn’t exist in their universe okay? Or maybe that there are two Lara Jeans, one who ends up with Peter and the other who end up with John. Sigh. 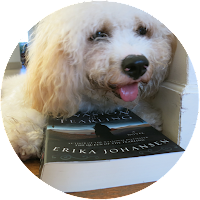 I know she's practically everywhere now but do you listen to Halsey? I love her to bits although she does pander quite a lot to what her audience wants (yes I know she's a public figure, but still). By the way, this is my book loving dog, (he uses them as pillows) Jack.