Six of Crows vs. The Grisha Trilogy

So I recently read the Six of Cros and I couldn't help comparing it to the Grisha Trilogy. Is that just me? I wanted to get down all my thoughts and see if it's actually justified to like one better than the other. The better being Six of Crows *sigh* ps. if you want to talk books, stay tuned for the questions at the end!


Covers
My photographs do not do the Six of Crows justice at all, oops sorry. I think all of Leigh's book covers are gorgeous though, they reflect the mood of the book very well and they're hella nice to look at. So this is a tie. 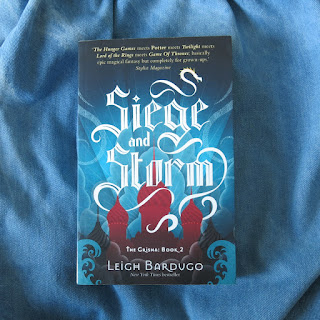 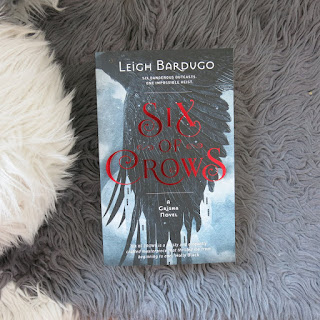 Characters
I loved everyone in the Six of Crows (except for the people you’re meant to hate, I’m not that nice). The crew were deadly little jelly beans that all deserve so much better than what they got. The Grisha trilogy, not so much. I can only really remember around threeish characters from those books? And I have the actual books. So um, these are my character profiles of people that I kind of care about. Sorted in the order of who I like the most. ps. I tried to make this spoiler free but read at your own risk. I'm pretty sure it's spoiler free though. 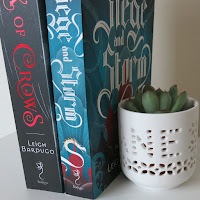 Inej (Six of Crows)
Also known as the wraith for intimidation reasons and probably my favourite person in the book. Theres no lack of ‘spiders’ in the barrel, she’s just the best one. Even Kaz gets surprised by her and he sees EVERYTHING. Well he has to keep alive somehow. She’s gorgeous but also really good at not being seen. Which is kind of an oxymoron because the people you tend to notice the most are the really pretty ones. Oh well. She’s also a wizard with her knives . . . who she named after the saints (some of them were introduced in the Grisha trilogy). I love how she’s able to keep her faith through everything, as well as preaching to Kaz about fate and all that jazz.
Kaz (Six of Crows)
Manipulative, ruthless and a little bit broken on the inside. He carries around a cane, perfectly weighted for break bones. Something that gets put to use more often than not, just like all of his tricks that he spent hours as a child trying to get right. He has an excess of feelings bottled up inside of him, he just doesn’t know how to show them.
Mal (Grisha Trilogy)
Was ruined by his romance with the main character. Had HE been the main character I may have enjoyed the book more, however his storyline is taken over by trivial love spats and getting angry when he wasn’t given enough time with his ‘one true love’. Unfortunately when it comes to Alina he’s a one dimensional character. So much potential lost. 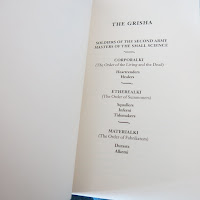 Jesper and Wylan (Six of Crows)
They’re separate characters but I’m doing them together because they just . . . go together? I ship them if you can’t already tell. Both of them are from slightly posher backgrounds and they’ve both chosen to come a ‘slum’ in the barrel with the rest of the dregs. They love to insult each other (well it’s mostly Jesper, but I think Wylan gets some good ones in there too) and they both work with machinery and metal.
Nina (Six of Crows)
She loves cake. A lot. I'm sure theres so much more that I could say, but right now I'm drawing a blank.
Helene, Rollins and Mattias (Six of Crows)
I’m going to be real here, I’m probably going to forget Matthias in a couple of books which is why I’m putting him with the villains. He’s kind of half half in the books, not quite on their side but not quite willing to kill them either. The other two are almost 100% against them (or at least in the mids of the crew) and are some of the bad guys of the book. Helene was the worst, getting paid off of young girl’s suffering all the while landing them more and more in her debt. Truly terrible. 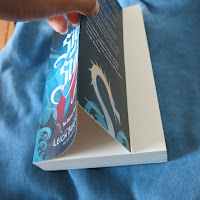 Zoya and Genya (Grisha Trilogy)
Two of my favourite characters from Leigh’s first series. Badass and they don’t take shit from anyone. They also make small cameos (well not really, they get mentioned in one or two sentences) in the six of crows. Even Leigh knows of my deep love for them.
Alina and the Darkling (Grisha Trilogy)
I put them together because they were both quite . . . unremarkable. Alina seemed defenceless and the Darkling was the epitome of power, and not in a good way. Mal had to come in and save her nearly every book just as the Darkling gets great joy in terrorising an old woman. Hmm.
World Building
I suppose that the fact that the Grisha trilogy introduces us to the world allows Six of Crows to expand quite eloquently. Which it does. We're introduced to everyone and everything (well not quite, but close enough) in this book which solidifies the universe a bit more for me.
There are also more detailed maps in the Six of Crows. I think there are two where the Grisha trilogy only has one. Upon further investigation, my version doesn't actually have any! Then again I never really study the maps. Countless people find them very useful though so that's one more plus for SOC. 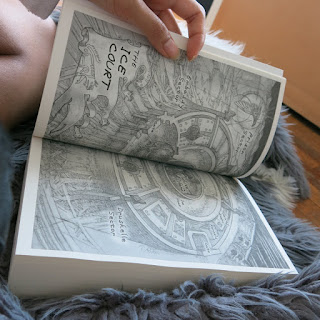 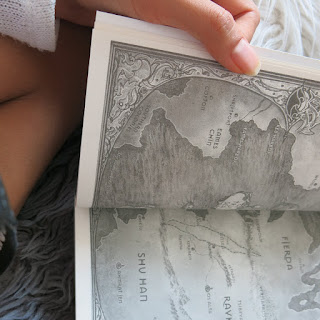 Cleverness and Tricks
The six of Crows just came together so much better? I mean I know, it's only the first book, maybe something terrible is coming. Although it is the SIZE of two ish Grisha Trilogy books, so that's how I'm measuring it. We actually discover things, true some of them are quite small things, but they show of the mind of Kaz and everyone else on the team. The ending was good (okay not good, it was terrible NOOO - but it was well written). Whereas the Grisha Trilogy just left me upset, why did it have to happen like that? Honestly it lost my attention, I was barely invested in the characters and the ones that I actually liked were becoming worse and worse. 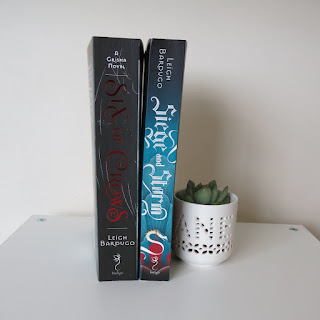 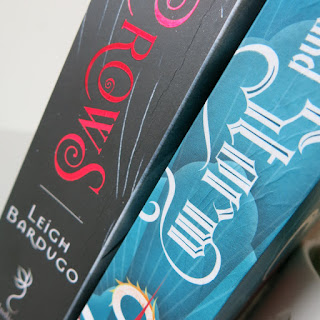 Question time! Have you read either of these? Or both? What did you think? ★★★★★ or more like ★.5? BTW yes, I know that Seige and Storm is only the second book, I don't have the first or third with me oops.