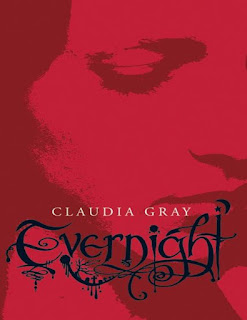 The Synopsis thanks goodreads

Bianca wants to escape.
She's been uprooted from her small hometown and enrolled at Evernight Academy, an eerie Gothic boarding school where the students are somehow too perfect: smart, sleek, and almost predatory. Bianca knows she doesn't fit in.
Then she meets Lucas. He's not the "Evernight type" either, and he likes it that way. Lucas ignores the rules, stands up to the snobs, and warns Bianca to be careful—even when it comes to caring about him.
"I couldn't stand it if they took it out on you," he tells Bianca, "and eventually they would."
But the connection between Bianca and Lucas can't be denied. Bianca will risk anything to be with Lucas, but dark secrets are fated to tear them apart . . . and to make Bianca question everything she's ever believed.

This was very easy to get through, short and fast paced it's good for when you just want to take a short break from the real world. I haven't read about vampires for so long, not since the whole twilight era . . . not that I actually read twilight. But it seemed like vampires were the only thing anyone was writing about.
The book is set in a beautiful old stone castle, the main character complains about it but in my mind it's gorgeous. Towers and everything. There are weird rules and stunning students, dead squirrels and a ball coming up in a couple of months. It's all action, kind of, well not really.

1. Patrice. She was the best thing about the book to be honest (not in a negative way, most things were pretty good). She surprised us being being a surprisingly nice person, and no, that isn't a spoiler. We find that out almost as soon as we meet her. I suppose one of the reasons we think she's going to be a nightmare is . . . Bianca's  (Crap I had to look that up. That tells you something, remembering Patrice's name but not the main character's, damn.) quick judgment of her. Which is understandable. No one, especially not the pretty ones (everyone) have done anything to make her feel like she fits in.
All Patrice's little things though agh. She's so adorable with all of her nail polishes and gorgeous clothes. She even helps Bianca get ready for her dates and everything! She's comforting, sweet and just overall wonderful. So um, yeah.
2. All the descriptions of food. I want fries now. *sobs quietly*

3. The plot twists. I read a few of the reviews which unfortunately contained spoilers. I can't help myself, it's a problem. (read more on that here) Which means that I knew a tiny bit of what was going to happen. To my surprise I actually enjoyed it. All of the other reviews are chock full of people complaining about it but I think it gave the story a bit of originality. Although I have to admit, if I didn't know what was going to happen, I definitely wouldn't have looked upon it as favourably as I do now.

I found myself not minding so much at the whole instant love thing in this book. Usually I HATE it, but in this book it just seemed right. Especially later on, when you realise that she may actually have a good reason for falling so hard and so fast. We see a similar thing happen to one of the other characters.

The Not So Good

1. Lucas. Not Lucas himself but the way he's described in the book; maybe it's just me, but straight off the bat I'm imagining him as a 30 year old. A THIRTY YEAR OLD. He was way too mature, had way too many muscles . . . Okay scratch that. I'm fine with the muscles, but there was something about the way that he was described that made me picture him as a thirty year old. It took some dedication from me to mould him into something that more appropriately fit the whole high school thing.
2. Why are all the mean girls in high school blonde, skinny and pretty? I actually didn't mind Courtney all that much, she kept the book entertaining, but she was meant to be the problem character in Bianca's life. Meaning that we were supposed to hate her. BREAK THOSE STEREOTYPES!

Would I recommend it?

Sure, although if you're looking to get really involved with the characters and plot . . . then maybe not. This is better off as a casual read. Usually if I like a series I HAVE to read them one after the other, although with this series I feel as though I can get through them slowly. I do have the next three books though (they came as a set for $10 and one of them is a hardback, hell yeah) so I'll probably get around to reading the sooner or later.
Email Post
Labels: book review